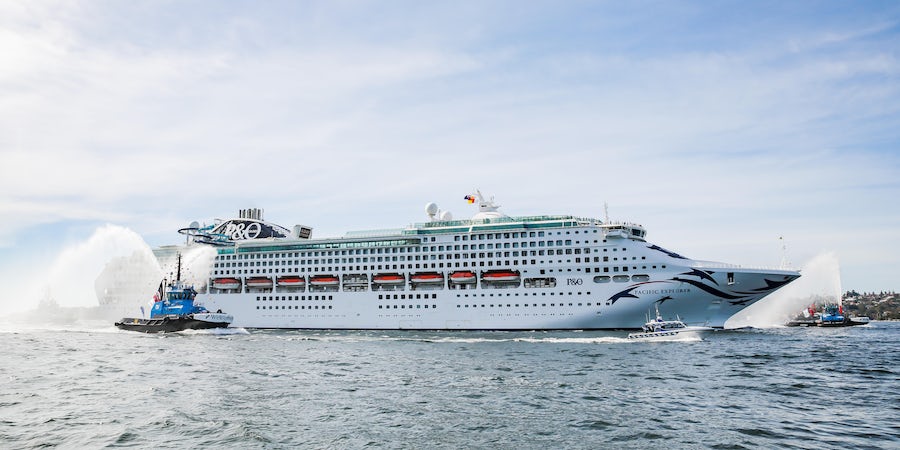 (2 a.m. AEST) -- After an agonising wait for the Australian cruise ship industry to re-start, a select group of suppliers, agents, shore staff and cruise enthusiasts were treated to a test cruise aboard P&O's Pacific Explorer.

It was an emotional moment as Pacific Explorer sounded its horn as it sailed under the Sydney Harbour Bridge on Thursday, 26 May for the three-night activation cruise to Newcastle, via Jervis Bay before returning to Sydney.

Pacific Explorer is due to depart on its first passenger sailing on Tuesday, 31 May, a four-night voyage from Sydney to Brisbane. The ship will operate at about 75% capacity.

She added it was the crew’s "first chance to deliver fantastic care and service for more than two years. They want it to be just right for our guests on 31 May".

"The cruise was also an opportunity to thank our staff, suppliers and travel agent partners for their staunch support over the past two years," Ms Fitzgerald said.

Last month, Pacific Explorer has become the first international ship to return to Australian waters since the pandemic hit two years ago.

CLIA Australasia Managing Director Joel Katz said “we can now celebrate the beginning of a recovery in cruising in our region”.

“The collaboration and strength that Australia’s cruise community has shown in its fight for revival has been incredible – and suppliers, travel agents and all the Australians who rely on the cruise industry for their livelihoods can finally get back to work,” Mr Katz said.

Cruise ship fresh produce supplier Steven Biviano from Fresh Providores, who sailed with his wife Cinzia, said that he was impressed with how "everything ran smoothly."

"We had a really good time -- my wife is now a cruise-convert," Mr Biviano added.

"We went with an open mind, and it was great to be among like-minded people. The atmosphere was so friendly, especially from the crew who were all so welcoming."

Independent travel agent Adrian Tassone, who was invited for the test cruise described the energy on board as “amazing”.

"As we sailed under the harbour bridge, everyone's cheers were drowned out by the ship’s horn and it hit me that cruising is finally back," Mr Tassone said.

"The crew were incredible. Hearing them greet us with the words "welcome home" as we stepped onboard was enough to bring a tear to the eye."

Mr Tassone added the test cruise was an opportunity to test out P&O's new app to book restaurants on demand, check menus and schedule the day.

"Everything is working really well, and I think that all of the passengers joining Pacific Explorer on 31 May are in for an incredible time."