You may also like
Dismiss
Just Back From Hurtigruten's Finnmarken: The First Cruise Ship to Set Sail, Post-Covid
Foreign Office Eases Travel Exemption for 67 Countries, Paving Way for European Cruises
Hurtigruten Ramps Up Return to Cruising With Most of the Fleet in Service by September
Tom Cruise Hires Two Hurtigruten Ships to House Cast And Crew of Mission: Impossible 7
Royal Caribbean's Anthem of the Seas Cruise Ship to be Based in Southampton in 2021
Another Big Week for Cruising in England as More Ships Set Sail, Arrive For Restart
Emerald Cruises Officially Launches in Australia
MSC Cruises Extends Seasons of MSC Virtuosa Cruise Ship in the UK, MSC Bellissima in Dubai
Australian Cruise Industry Welcomes Talks with Government as Restart Date Pushed Back Again
Royal Caribbean Hints At 7th Oasis-Class Cruise Ship 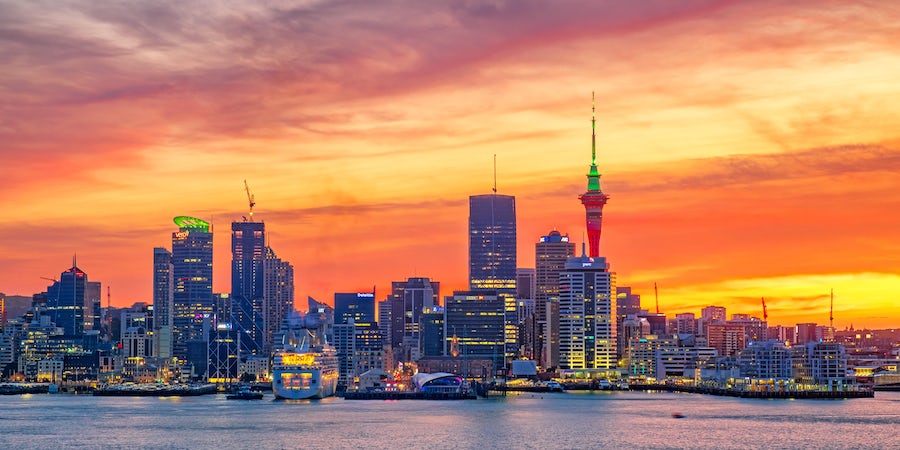 New Zealand Gets Green Light to Restart Cruising in July

(11:40 p.m. NZST) -- After more than two years of closed maritime borders, today’s news that cruise ships can return without restrictions from 31 July has been greeted with a sense of cautious optimism and relief, says the New Zealand Cruise Association.

Ms Summers said: "New Zealand is an important destination for cruise lines and with worldwide demand for cruising strong again, combined with excellent regional dispersal, this sector ticks every box for value.

"After [more than] two years of hardship, hundreds of Kiwi ship suppliers and tourism operators can start rebuilding their businesses back, helping communities that have suffered during our pandemic years and begin preparing with confidence to provide our top service to cruise visitors."

Celebrity Cruises immediately confirmed Celebrity Eclipse will call in at the islands as part of a series of three to 13-night cruises from Sydney, from October.

"People are ready to cruise again, with pent up demand reflected in the high volume of enquiries and bookings we’ve been taking in anticipation of the recent green light from the Government," said Celebrity Cruises Vice President and Managing Director of Australia, New Zealand and APAC, Tim Jones.

"We are also ready to cruise again, having successfully delivered cruise holidays around the world for almost a year. We look forward to doing our part in contributing to the nation’s economic future, with the long-awaited return of international travel and tourism."

Celebrity's announcement comes after both Holland America Line and Virgin Voyages confirmed they would be sending ships to Australia and New Zealand this season.

The restart will come two months to the day after Australia's cruise ban lifts -- at the end of this month.

The question of New Zealand re-opening to cruise was also addressed by Royal Caribbean, onboard its latest ship, Wonder of the Seas, last week in Barcelona, ahead of today's announcement:

"We’re very optimistic," said Sean Treacy, SVP of International Sales. "There's a lot of dialogue between us and the NZ Government and I'd say we're quite positive about the opportunity to operate at this time, based on where we are today."

Ms Summers says after such a long absence of cruise ships from our shores, opening the maritime border is only the beginning.

"The return of cruise will be welcomed by many communities around the country, especially those regions where cruise makes up a large part of their tourism like Northland, Gisborne, New Plymouth, Picton, Timaru and Rakiura Stewart Island," she added.