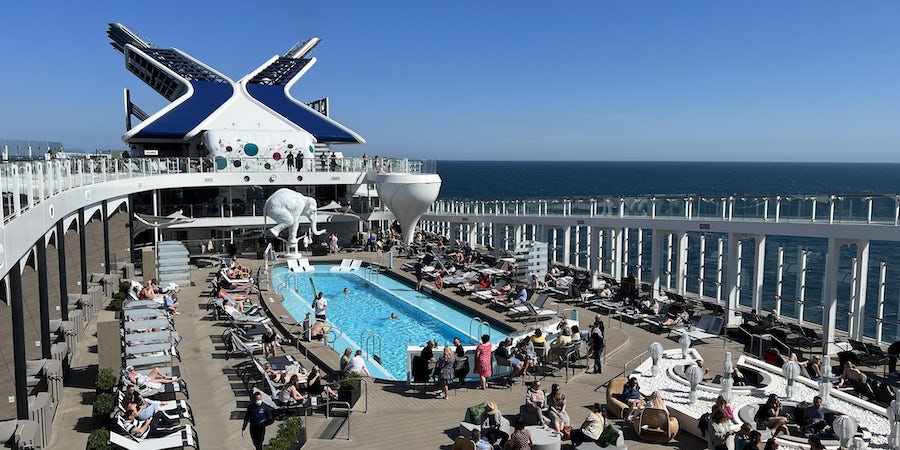 The CDC's recent changes to its COVID-19 Program for Cruise Ships Operating in U.S. is the latest bolster that justifies most cruise lines decision to end reduced capacity.

Additionally, major cruise lines are increasingly seeing their entire fleet return to service.  Carnival became the first major line to hit that milestone in early May, with the departure of Carnival Splendor from Seattle on May 2.

NCL followed close behind on May 7 with Norwegian Spirit sailing from Hawaii; and Royal Caribbean is scheduled to do so by May 23 with Rhapsody of the Seas.

Citing guidance from the CDC as well has health authorities in other countries, Celebrity Cruises dropped occupancy limits as demand continues to rise month over month.

"We sailed at reduced capacity to get back," Lisa Lutoff-Perlo, President and CEO of Celebrity Cruises, told the UK media and travel agents during the first Celebrity Beyond mini-sailing. "Please go back and fill these ships."

Soon to double their hardware with the upcoming arrivals of new ships Resilient Lady and Brilliant Lady -- set to debut in August 2022 and sometime in 2023, respectively -- Virgin Voyages is also not restricting capacity of the fleet to 50% any more.

"Our Voyage Well protocols are working so we felt comfortable re-evaluating the capacity restrictions," said a spokesperson.

"We haven't sailed at capacity just yet, but we're excited to welcome both new-to-cruise and past sailors on-board without limitation."

Royal Caribbean International President and CEO Michael Bayley predicted on an earnings call with investors that most ships should be back to full capacity again, particularly as Memorial Day weekend draws closer.

Bayley also mentioned that select sailings have already recorded full capacity. "We have ships now sailing at 100% and we've had ships sailing at 100% now for several weeks out of the Caribbean, into the Caribbean market and a short product." The Royal Caribbean Executive added that the cruise line's Oasis Class ships have been sailing at 80% capacity or soon.

Speaking onboard Royal's new ship -- the 5,700+-passenger Wonder of the Seas -- Ben Bouldin, VP EMEA, admitted that the world's largest cruise ship still has a ways to go before reaching full capacity.

SVP International Sales, Sean Treacy, added: "We’re ramping up our Europe season, but we plan for the second half of the year, including our Europe season, we're expecting to get back to 100%, 100%+, historical full occupancies."

Cruisers Are Not As Keen as Cruise Lines On Full Ships

However, while cruise lines are understandably ready to return to full capacity, cruisers have become accustomed to the spacious experience afforded by limited capacity voyages.

The other 44% believe cruises are indeed safe, but love having the extra space on board.