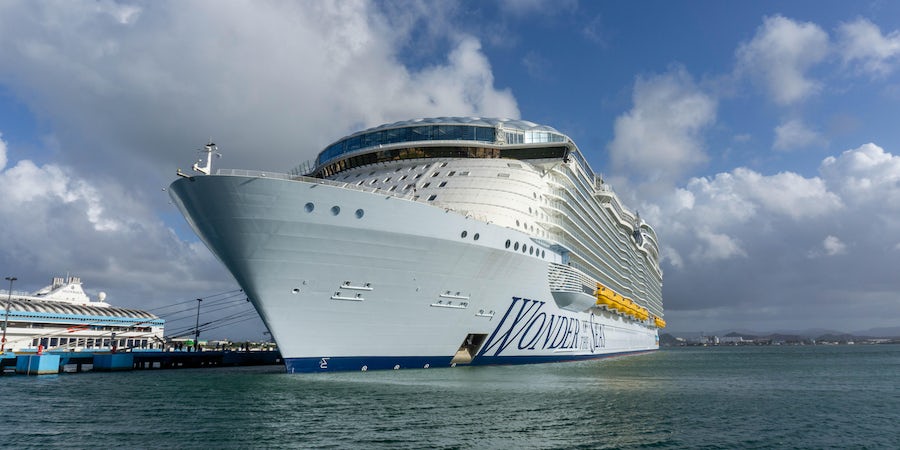 (1 p.m. EDT) -- Royal Caribbean Cruise Line has not ruled out the possibility of a 7th Oasis-class cruise ship, following the delivery of Utopia of the Seas in 2024.

Speaking at a trade and media event on the cruise line's newest -- and biggest -- ship, Wonder of the Seas, the incoming head of hotel operations Sean Treacy said: "Stay tuned."

When pressed, he added: "We are always evaluating. It's not a no, but it's not a yes."

"Right now, Oasis Class is the halo that we have, and they are all great," Bouldin said. "But then you bring out Icon of the Seas.

"When Icon gets launched people will say: 'Oh my god.' It will be like when you first saw an Oasis Class [ship]. It will be that different again."

Wonder of the Seas carries almost 7,000 passengers at full capacity and is the sixth in the line's hugely popular Oasis Class of ships -- each of which have at one time been the biggest in the world.

Wonder of the Seas launched in March to great acclaim, and it made its European debut yesterday in Barcelona.

It will operate in the Mediterranean throughout the summer, before returning to Fort Lauderdale, where it will be based permanently.

It has a number of new-to-the-line features including the Mason Jar restaurant, a new play area for families and new entertainment including a new ice show and a new show at the AquaTheater, with the line's first all-female divers.

Utopia of the Seas launches in March 2024 and will become the world's biggest cruise ship. It will also be the first ship in the class powered by Liquefied Natural Gas.