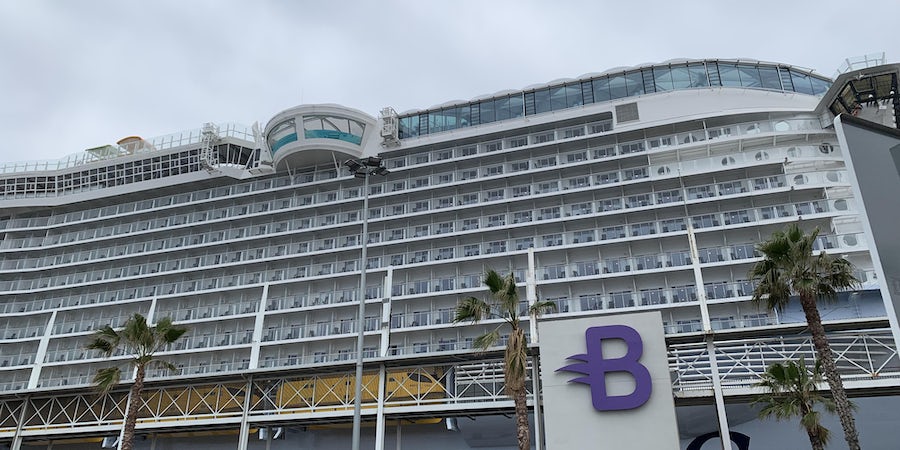 (12:15 a.m. EDT) -- Royal Caribbean's newest -- and biggest -- ship, Wonder of the Seas, arrived in Barcelona this morning after a two-week Atlantic crossing from Florida.

The fifth in Royal's revolutionary Oasis Class of ships, Wonder of the Seas will operate two non-revenue, two-night sailings for trade, media, friends and guests, before departing on a series of seven-night cruises from Barcelona and Rome starting May 8.

The ship will be based in the Mediterranean for the summer, calling in at Florence, Naples and Capri, Italy; Provence, France; and Malaga, Spain.

Wonder will return to the U.S. in November, to sail from its new year-round home in Port Canaveral, Florida, operating cruises around the Caribbean and The Bahamas, including the line's own private island, CocoCay.

We have already experienced the ship when it was based in Florida, in March, but we're back onboard to confirm whether those first impressions still hold, now the ship has had a couple of months in service.

All four Oasis-class ships -- Oasis, Allure, Harmony and Symphony -- have held the title for "World's Largest Cruise Ship", each time a new one launched.

However, in 29 months' time that title will go to its younger sister, Utopia of the Seas, which is under construction at the St. Nazaire shipyard, and will launch in spring 2024.

The four previous Oasis-class ships are designed around seven neighborhoods, each with a distinct look and feel -- classy (Central Park), fun (The Boardwalk), shopping (the indoor promenade) etc.

Wonder introduces an eighth -- the aforementioned Suite Neighborhood, where most of the suites are based. They have access to the Coastal Kitchen and Lounge, as well as an exclusive Sun Deck, with a bar and a hot tub on one side.

It also boasts the biggest Ultimate Family Suite afloat, big enough for a family of 10, complete with an in-suite slide, a cinema and karaoke area, table tennis and more across two stories.

The ship also debuts The Mason Jar Restaurant & Bar; Wonder Playscape for families; and The Vue, a new bar just aft of the Solarium.

As well as a number of brand new shows "inTENse," featuring the first all-female cast of aerialists, and high divers in the AquaTheater; and The Effectors II: Crash ‘n’ Burn, debuting this summer.