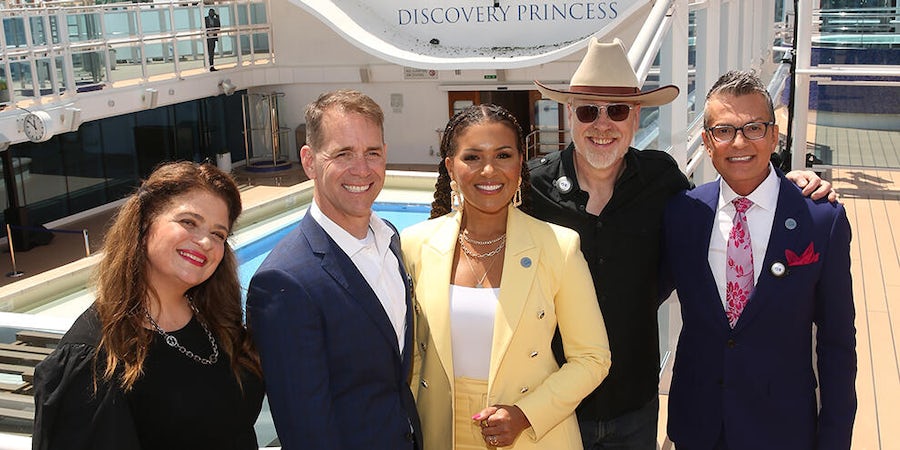 The godparents stood together with captain Gennaro Arma at the Retreat Pool on Discovery Princess, where they sent a giant Nebuchadnezzar-size bottle of Champagne against the ship for the celebratory smash.

"Today is celebration to remember as our newest ship, Discovery Princess, is officially named by this talented group of experts and personalities -- Randy, Alex, Adam and Page," Princess Cruises President John Padgett said during the ceremony. "We can think of no more fitting godparents to mark this significant milestone."

A naming, or christening, ceremony is a maritime tradition that is meant to send the ship into service. The bottle breaking is considered a sign of luck.

Princess Cruises' newest ship embarked on its maiden voyage March 27 from Los Angeles, where it sailed on a series of Mexican Riviera and California Coast itineraries until April 24. Discover Princess will begin a season of seven-day Alaska cruises from Seattle.