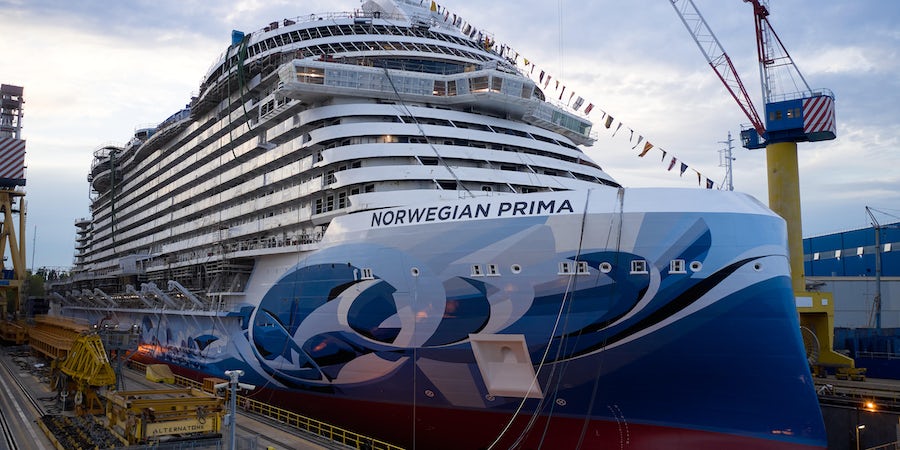 The ship, the first of six new Prima-class vessels planned for Norwegian Cruise Line, was scheduled to sail from Amsterdam on August 17, 2022 on an eight-night cruise to Reykjavik, Iceland.

Pop sensation Katy Perry was due to christen Norwegian Prima during its stop in Reykjavik on August 27. No word yet on when the ship's christening -- and Perry's performance -- might be rescheduled for.

Norwegian Prima‘s next voyage is scheduled for September 3, 2022 from Amsterdam.

In a letter, Byrd said affected passengers will automatically receive a full refund to their original form of payment, to be processed within 30 days.

Those who paid using a future cruise credit will receive the entirety of the credit back in their Latitudes account within seven days.

Additionally, Byrd offered all passengers on the cancelled cruise a 25% discount on their next cruise, which can be used with any other available promotions for bookings made by May 2, 2023, for sailings through the end of 2023.

Norwegian said it will also give guests who booked their own airfare up to $300 per person to cover any change fees.

"We are so sorry for this cancellation and look forward to welcoming you aboard in the future for the vacation of a lifetime," Byrd said.

Norwegian is not the only cruise line to have to postpone inaugural sailings due to supply chain issues. In recent months, Margaritaville at Sea, Ritz-Carlton Yacht Collection, Seabourn, Disney Cruise Line, and new UK startup Ambassador Cruise Line have all been forced to postpone their initial voyages owing to increased supply chain disruption.