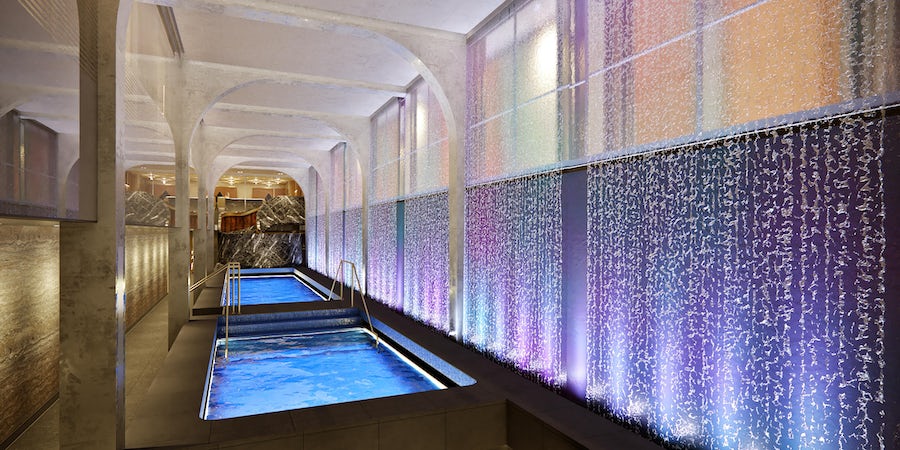 (4:10 p.m. EDT) -- Norwegian Cruise Line has unveiled an entirely new elevated spa and fitness offering onboards its new Prima-class vessels, which will include, among other things, the first charcoal saunas at sea.

"The debut of our Prima Class has been all about elevating guest experiences across all the touch points that make a perfect holiday at sea, from food and beverage, entertainment, recreational activities and now spa and fitness," said Harry Sommer, president and CEO of Norwegian Cruise Line. "Our latest health and wellness experiences were designed to awaken the senses of our guests like never before pairing world-class design and architecture with one-of-kind offerings that truly allow our guests to unwind and escape."

The charcoal saunas are among the thermal offerings in the Mandara Spa aboard both vessels. Derived from Japanese and Korean wellness practices, charcoal saunas use a radiant heat system with an outer charcoal layer to reach temperatures between 86 and122 degrees Fahrenheit.

The saunas are designed to boost circulation and metabolism while also removing toxins from the body. They also help treat muscle stiffness and tension that can cause headaches, backaches and arthritis by promoting the deep release of connective tissue and muscles, according to Norwegian.

Other thermal options include an ice room, multiple jet "experiential showers," flotation salt pools and infrared saunas that use infrared lamps rather than conventional heat to directly warm the body at lower temperatures than traditional saunas.

Additionally, the spa will have two new computer-controlled massage beds from the Gharieni Group, one that uses acoustic and vibrational therapy to train the brain to relax, and a 5D massage bed with eight pre-programmed settings for whole-body massages.

Guests staying in the ships’ spa balcony staterooms will have premium access to the spa and its suite of thermal experiences.

Both Norwegian Prima and Norwegian Viva will also include enhanced guest-favorite spa and fitness amenities such as Vitality Pools and steam and Finnish saunas.

The spas and fitness centers will be located at the front of the ship, offering 270-degree ocean views.