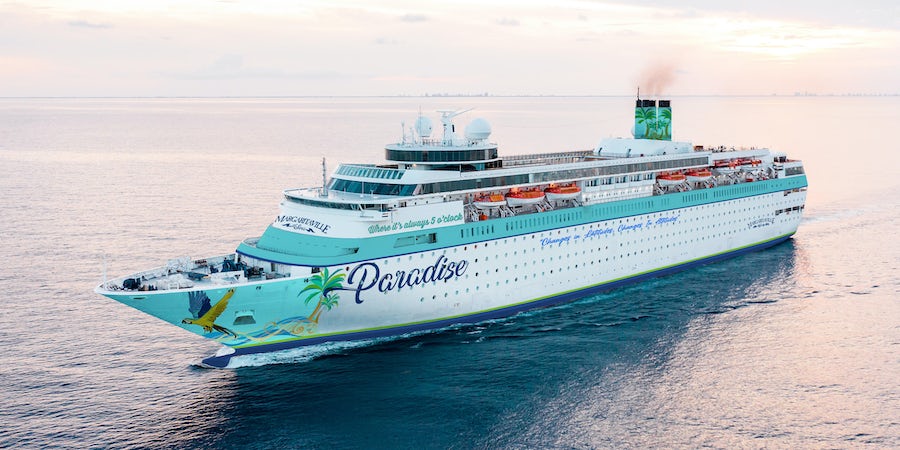 Margaritaville At Sea to Introduce New Jimmy Buffet Onboard Show

(1:23 p.m. EST) -- Margaritaville at Sea has unveiled the onboard entertainment for the launch of its flagship vessel next month, with the main event, of course, featuring songs and stories from Jimmy Buffet.

"Tales from Margaritaville: Jimmy’s Ship Show," will take guests on what the company said will be a "musical odyssey to the islands filled with warm summer breezes and restless dreamers."

Inspired by Buffet’s bestselling book, "Tales from Margaritaville," the show was written and produced by Buffett and producer Frank Marshall.

"It's been very cool working with Jimmy to put together a ship show filled with his unforgettable songs and stories," Marshall said. "I can't wait for the maiden voyage!"

Tamara Baldanza-Dekker, chief marketing officer of Margaritaville, called the Buffet-Marshall team "A match made in paradise!"

"We could not be more excited to have our guests experience this show onboard Margaritaville at Sea" she said.

Margaritaville at Sea Paradise sets sail on its inaugural cruise May 14 from the Port of Palm Beach to Freeport, Grand Bahama Island.

Immediately upon embarkation, the company said in a press release, guests will be "transported into a vacation state of mind," greeted by island-inspired music, friendly "Fins Up Crew" team members and Margaritaville stilt walkers.

In addition to the main show, programming in the Oasis Room and across the ship will include a diverse range of musicians, late-night comedy hours on select departures, game shows for the whole family, streaming concerts at sea, themed parties and kids programming.

Margaritaville at Sea Paradise is the first cruise ship from the Margaritaville brand, which has more than 25 hotels and resorts, two gaming properties, RV resorts, more than 60 food and beverage venues and real estate communities, vacation clubs and consumer lifestyle products.

The ship -- formerly Bahamas Paradise's Grand Classica and Costa Cruises' Costa Classica -- has 658 cabins, which the company describes as “casual-luxe” cabins with nautical details and colors influenced by the sea, sand, and sky.

Cruise Critic will be sailing aboard Margaritaville at Sea's pre-inaugural voyage next month.