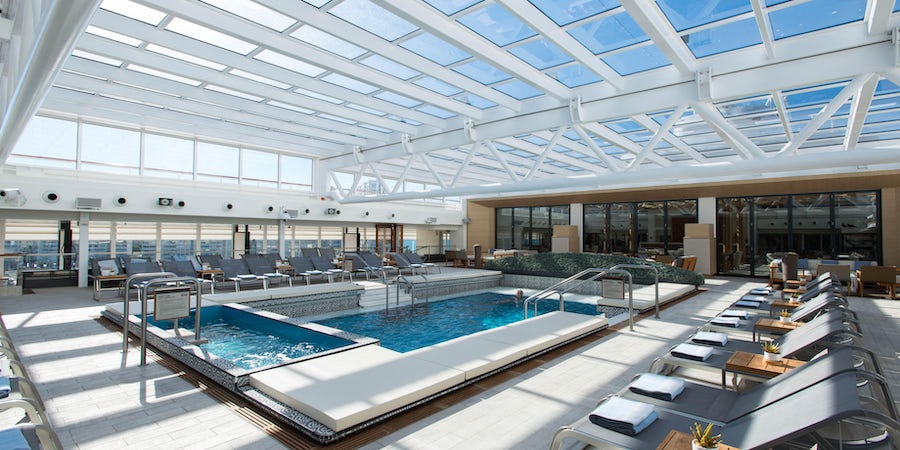 New Viking Ocean Cruise Ships Will Run on Hydrogen, Be Longer Than Fleetmates

(6:30 a.m. EDT) -- When it comes to Viking Ocean Cruises, you can count on one thing: All the ships are virtually identical. Sure, there might be minor changes along the way -- a planetarium here, a noodle bar there -- but overall, if you've been on one ship, you'll feel right at home on them all.

That's about to change … slightly.

Chairman and Founder Torstein Hagen said the line's unnamed ocean ships (internally called Ship 11 and Ship 12) will run on hydrogen and that to accommodate the fuel, these new ships will be a bit longer and carry more guests than their fleetmates.

He made the remarks to a small group of journalists on Viking Octantis, which is sailing from the Caribbean to New York City.

The ships will be 11 meters longer, and while he didn't say how many more guests could sail, he did say the ships would have no more than 25 additional cabins, and the passenger count would still be less than 1,000.

Viking's first ocean ship, the 930-passenger Viking Star, debuted in 2015, making a splash for its innovative approach to cruising, sailing only with adults and eschewing cruise standards like the casino. Since then, the line has launched six additional ocean ships, with the eighth, ninth and 10th in the fleet, Viking Mars, Viking Neptune and Viking Saturn, due out by the end of 2023.

The ships will use a hybrid propulsion based on liquid hydrogen and fuel cells.

Little else is known about Ship 11 and Ship 12, but we can expect them to feature many of the same design elements you'd see on their fleetmates, with efficiently designed cabins, Scandinavian decor, a variety included restaurants and sophisticated spaces. They might be bigger, but they won't be drastically different from the other ships.

"We don't do modifications," Hagen said.

The head of Viking was onboard the company's newest ship, Viking Octantis -- its first expedition ship -- to join passengers as the ship repositions from its just-completed Antarctica season to its upcoming Great Lakes season. The ship will stop in New York before heading north.

Speaking about his new ship, Hagen said: "I think it's close to perfect."

Ports include places like Thunder Bay, Ontario; Mackinac Island, Michigan; Milwaukee; the Apostle Islands, Wisconsin; and Duluth, Minnesota. The two ships, which will be identical twins, will transit the Welland Canal, which connects Lake Ontario to Lake Erie. In fact, the ships were redesigned mid-process to be able to make that transit; Hagen pointed out the ships were initially designed too big for the canal, and he elected to reduce their width slightly to make sure they could fit.

On Great Lakes cruises, passengers can expect to spend time learning about one of the largest ecosystem services in the world, according to National Oceanic and Atmospheric Administration scientist Reagan Errera. Errera, who lives in Ann Arbor and is working with Viking on its Great Lakes program, said she is excited to see guests explore and realize how big the region really is.

"I really hope people walk away and are like, 'I had no clue'," she said.

Viking Octantis has been sailing a mini-itinerary, from Barbados to New York City as the ship repositions for that Great Lakes season. We've stopped in spots like St. Lucia and San Juan and now are barreling north with three consecutive sea days. (Read about our experience on Viking's expedition ship.)

While this type of journey is a typical Caribbean cruise itinerary, it's not an expedition itinerary, and Hagen says the company will remedy that with future scheduling. Instead of sailing the east coast of South America and spending time in the Caribbean, the ships will explore the west coast of South America, visiting spots in Ecuador, Chile and Peru. The ship also will transit the Panama Canal and visit ports along the eastern coast of the U.S., including Norfolk, Virginia; Charleston, South Carolina; and New York.

Grand journeys can be booked, ranging anywhere from 18 to 47 days, and shorter itineraries are available as well.

Only one Caribbean itinerary remains on the site: a 10-day journey on Octantis starting October 13 that virtually mirrors the one we're currently on, sailing from New York to Barbados with stops in San Juan, Virgin Gorda, St. Barts, St. Kitts and St. Lucia. From there, the ship spends 15 days visiting Brazil.

One of the things we've learned on Viking Octantis is that the ship is a working science vessel, even making citizen scientists out of its guests, who participate in things like counting microplastics in the ocean.

As such, Viking has partnered with the University of Cambridge's Scott Polar Institute in establishing a professorship designed to focus on the field of polar environmental science. The post will help in developing research around the behavior of polar environments.

Viking had worked with Cambridge (in England) in developing the polar scientific enrichment program for the cruise line's expedition vessels. Scientists from the institute have been conducting field work from Viking Octantis and will do the same when sister-ship Polaris launches.

"Our intention in creating the 'thinking person's expedition' is that every voyage should provide opportunities for scientific discovery -- for our guests and for our partners," Hagen said.

Other scientific partners include:

• The Cornell Lab of Ornithology;