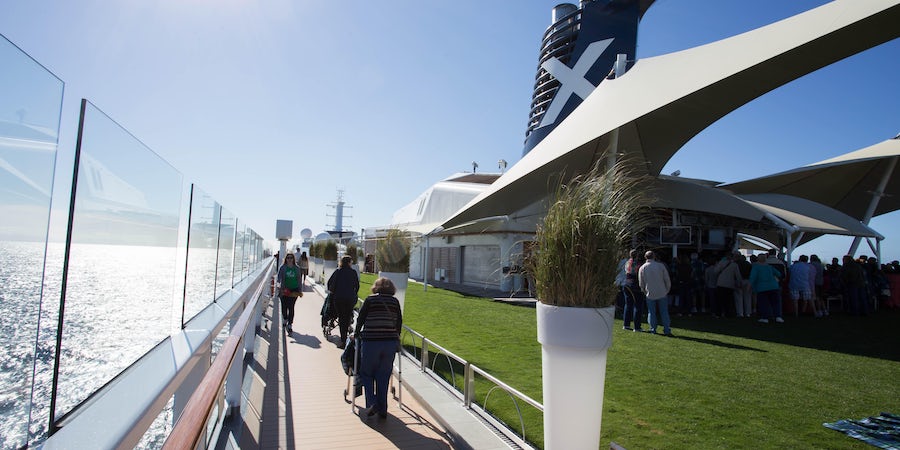 The Lawn Club on Celebrity Solstice

The Lawn Club on Celebrity Solstice

With uncertainty remaining on travel in the region, Celebrity Cruises has cancelled the entire 2022-2023 Asia season of Celebrity Solstice. The season was to run from September 2022 to April 2023, with 19 cruises impacted.

The cancellation has set off a round of deployment changes, as the ship moves to the Mexican Riviera, replacing Celebrity Millennium.

Asia Decision Came Because of Uncertainty

"We have made the difficult decision to cancel our Asia season due to the ongoing uncertainty around when international operations might fully restart in this region," the cruise line said in a statement. "We thank our guests for their patience and understanding as the world continues to reopen and we continue to work through unique circumstances."

The impacted sailings include a 15-night cruise from Vancouver to Yokohama, Japan, that had been scheduled to embark on September 16, 2022. Additional sailings were scheduled from Yokohama, Hong Kong and Singapore, before the ship's return to North America in May 2023 for Alaska sailings.

Guests booked on the cruises are being offered the option of applying their current booking to select Asia sailings in 2023-2024 or choosing a full refund.

In lieu of its season in Asia, Celebrity Solstice will instead sail to the Mexican Riviera, taking over sailings of Celebrity Millennium. The seven-night sailings are scheduled to embark from Los Angeles from September 24 to December 11, 2022.

Celebrity Millennium will move to the Caribbean, though Celebrity Cruises is not yet saying where.

Guests on the cancelled Celebrity Millennium Mexican Riviera sailings received emails urging them to move to Celebrity Solstice, touting The Lawn Club and other amenities that are found on the larger Solstice-class ship.

"At this time, we will automatically move your cruise reservation to the Celebrity Solstice Mexican Riviera sailing at the same rate, including any promotion currently on the booking," the email said. "No action is required on your part to initiate this move."

Those who choose not to sail may cancel by May 12 for a 100 percent refund.

Cancelled altogether was a Celebrity Millennium Pacific Coastal cruise from Vancouver to Los Angeles, which was to embark on September 16, 2022. Guests booked on that sailing received an email offering a choice of moving to another Celebrity Cruises ship or receiving a full refund.

Celebrity Cruises did not say where Celebrity Solstice will be spending winter 2023. Celebrity Millennium was originally scheduled to leave Los Angeles for Fort Lauderdale on December 19, 2022.