You may also like
Dismiss
Carnival Cruise Line Reveals New Carnival Splendor WaterWorks Design
Radiance of the Seas to Cruise From Brisbane in 2020/21
Serenade of the Seas to Cruise From Sydney in 2020/21
Just Back From Carnival Splendor Cruise: First Impressions
The Most Exciting Cruise Ships Coming to North America in 2020
Coronavirus: Updated Cruise Ship Policies and Cancellations Because of COVID-19 (2021)
Carnival Cruise Line to Resume Service on August 1 with Eight Ships
Royal Caribbean Cruises Adds to Australia Deployment; Norwegian Cancels 2020 Season in Region
Cruise Lines Continue To Cancel Sailings Further Into 2021
Royal Caribbean Outlines Vaccinated, Unvaccinated Spaces aboard July Freedom of the Seas Cruises 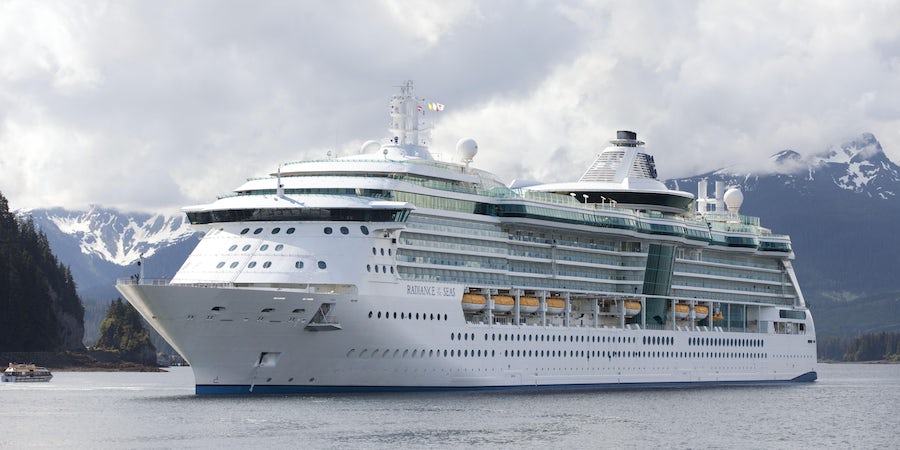 These Ships Are Coming Back To The U.S. in 2022: Here’s Why You Should Care

Due to the lingering effects of the pandemic, cruise lines have been changing their global deployments. A bonus for North American travelers is that several older and nostalgic ships are returning to the Caribbean and Alaska for the first time in many years.

Unless you've traveled to Asia, you probably have not cruised on Voyager of the Seas for at least a decade, but the ship that launched Royal Caribbean Line's Voyager class will return to New England/Canada this fall. Royal Caribbean's Radiance of the Seas is coming back across the Pacific after sailing in Australia, for a season of Alaska cruises.

Norwegian Cruise Line's intimate Norwegian Spirit, which has been cruising in Europe and other destinations, returns to Alaska for the first time since 2005. Carnival Splendor and Carnival Spirit will also be cruising in North America, before they return to Australia in the fall.

This all adds up to a great chance for cruisers to try these ships whether you have never sailed on them, or are returning to a favorite ship back close-to-home. Another bonus: These ships, being older, are more affordably priced than their newer competitors.

The ships have all undergone updates and may not be exactly as you remember them. Here's a rundown of what to expect onboard.

When Voyager of the Seas debuted in 1999 it ushered in a whole new era of megaships. It was the largest ship in the world at that time, and introduced the cruise world to such innovative features as an ice-skating rink and rock-climbing wall, plus a main street, the Royal Promenade, lined with shops, restaurants and bars. The interior-facing Royal Promenade cabins were another innovation.

The ship has been sailing in Asia, but redeploys to the Baltics for the summer season and will return to the U.S. for the first time in 10 years in September. After a season of Canada and New England sailings from Boston, the ship will spend the late-fall and winter on Caribbean itineraries from San Juan.

Thanks to earlier updates, and a major redo in 2020 that added 72 inside and balcony cabins, Voyager of the Seas now carries up to 4,269 passengers, with such features as a big outdoor movie screen, an inline skating track, The Perfect Storm, with two racing waterslides, a Voyager Dunes mini-golf course, and glow-in-the-dark laser tag. Both the Adventure Ocean children's and teen spaces and the Vitality Spa have also been updated, as have restaurants such as Izumi, Chops and Giovanni's Table. The eight bars and lounges include a Schooner Bar and a Viking Crown Lounge.

The oldest ship in the Norwegian Cruise Line, and a gem for nostalgia fans, Norwegian Spirit had been in Europe and was headed to Asia when global cruising came to a halt in 2020. Now the ship returns to the U.S. in May, for a series of five- to 11-day Alaska sailings. Built in 1998 at Meyer Werft in Germany, Norwegian Spirit was originally operated as Star Cruises' SuperStar Virgo. The ship joined the Norwegian fleet in 2004.

In 2020, the 2,018-passenger Norwegian Spirit underwent a $100 million-plus renovation during a 43-day bow-to-stern drydock in Marseilles, France. Staterooms were updated with a new contemporary design, new hull art was added, and the ship came out of drydock with the addition of 14 new venues, such as Onda by Scarpetta for Italian cuisine and The Local Bar and Grill. The Mandara Spa was expanded to include a thermal suite and relaxation area.

Fun features on this ship include golf cages and a full-size basketball court on the sports deck, where there is also a long jogging track. In addition to the main pool, the ship has an aft pool with amphitheater seating and two hot tubs.

For a decade the 22-year-old Carnival Spirit has been Carnival Cruise Line's Australia ship, but it's been re-routed to the U.S. for the Alaska season, where it will sail six- and eight-day itineraries from Seattle.

During its time Down Under, the 2,124-passenger ship was updated with features to bring it in line with other ships in the fleet. So you'll find a Serenity Adult-Only Retreat sunning area for age 18 and up, The Punchliner Comedy Club, a WaterWorks with a Green Thunder fast waterslide and a mini-waterpark for little kids, complete with dump buckets.

Dining options include Bonsai Sushi, Guy's Burger Joint and Seafood Shack. A joy of this ship is also what's not updated, mainly the over-the-top classic Carnival décor. Hang out in the Pharaoh's Palace show lounge done up with hieroglyphics to mimic Egypt, the Shanghai-themed piano bar and the Chippendale Library decorated like an English manor.

Back from Australia, the Radiance of the Seas returns to Alaska this summer, doing seven-night sailings between Vancouver and Seward.

When the 2,112-passenger ship debuted in 2001, the first ship in the Radiance class, it wowed Royal Caribbean fans with its focus on glass walls and views – scenery viewable even from 12-deck-high outside-facing elevators. The ship also impressed with its solarium with retractable roof and $6 million art collection.

Radiance also introduced the first cruise ship pool room with specially stabilized tables, for playing at sea. Activities on the ship today also include a rock-climbing wall. There are eight bars and lounges, such as Quill & Compass, a Schooner Bar and dancing at Club 20 and Boleros. Dining venues have been updated to include such favorites as the Samba Grill, Izumi, Dog House, Chops Grille and Gionvanni's Table.

After Alaska, the ship will mark Royal Caribbean's return to New Orleans, with four- to seven-night Western Caribbean sailings beginning November 3, 2022. The ship will reposition again to Galveston in February 2023.

Another ship pulled from Australia, the Carnival Splendor will hang out in Alaska from May through October 5, 2022, mostly doing eight-day itineraries from Seattle. The 3,012-passenger ship was launched in 2007, and is done up in Carnival Cruise Line's classic eye-popping décor, starting with what is at least tens of thousands of pink polka dots decorating the atrium.

At the Red Carpet nightclub, guests walk a red carpet past life-size cutouts of photographers. The Royal Flush Casino is decorated with giant depictions of playing cards. There's a lounge themed on 1930s Morocco and a Cool jazz club themed on musician Miles Davis.

Splendor is the only Carnival Cruise Line ship with Masala Tiger, a counter serving Indian cuisine. Other dining options include a Fahrenheit 55 Steakhouse and Pizzeria del Capitano. You'll also find on Carnival Splendor such fan favorites as The Punchliner Comedy Club and a WaterWorks waterpark.