You may also like
Dismiss
Coronavirus: Updated Cruise Ship Policies and Cancellations Because of COVID-19 (2021)
Can a River Cruise Still be Fun in the Age of Covid-19?
Swan Hellenic to be Relaunched As New Expedition Cruise Line
Did Ed Sheeran Name His Baby After Antarctica Cruise?
Rolling Out the Deals: Why Now Might Be a Great Time to Book a Cruise
Ships Ahoy! A Weekly Round-Up Of Worldwide Cruise Ship News
Cruising the Newest Ship Afloat: Live From Celebrity Apex
Another Big Week for Cruising in England as More Ships Set Sail, Arrive For Restart
"Cruising With…" Set to Return Next Year -- But Without Jane McDonald
Celebrity Beyond Completes Sea Trials; Moves One Step Closer to Debut 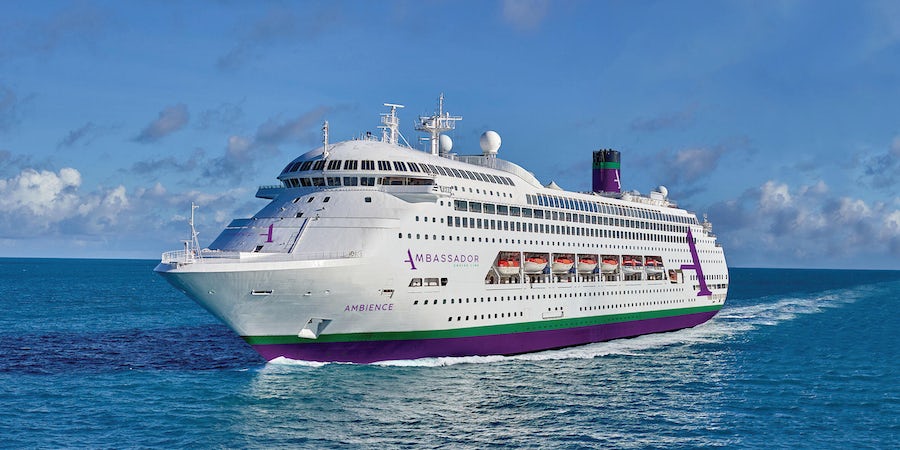 Essex-born Sally will rename Ambience cruise ship at a special ceremony at London Tilbury on 19th April -- delayed by two weeks due to supply chain issues, as reported last week.

The Tilbury-based, 1,400-passenger ship will offer no-fly itineraries predominantly aimed at the 50-plus traveller. Ambassador cruise line ships include Ambience, followed by Ambition, which will launch in April next year.

Sally was born in Chigwell, Essex and is the only British woman to hold four major track titles simultaneously -- Olympic, World, European and Commonwealth. Since retiring from international athletics, the 55-year-old mother of three has become an advocate for health and well-being for the over 50s.

Ambassador CEO, Christian Verhounig said: "We're incredibly proud to have Sally as our first ship's godmother. She is a wonderful advocate for the 50-plus market and her ambitious drive and dedication to achievement echoes Ambassador’s determination for expansion.

"We cannot wait to welcome Sally onboard Ambience and celebrate this monumental milestone in Ambassador's journey so far. We are certain that our guests, crew and staff will feel as honoured as I am in having Sally as our first godmother and being part of the Ambassador family."

Sally Gunnell said: "I’m delighted to be godmother to Ambience, Ambassador Cruise Line's first ship. I've a fondness for Ambassador's homeport London Tilbury being in Essex, the county I was born and grew up in.

"Being godmother comes with responsibility too and I’m flattered that I’ll be re-namingAmbiencein April. I look forward to celebrating this wonderful occasionand ship with everyone at Ambassador, the crew onboard and all the guests."

Ambience will enter service on 20thApril 2022 with a maiden voyage to Hamburg, followed by a further 31 sailings calling at more than 90 different ports. Itineraries will include the British Isles, the Norwegian Fjords, Greenland, the Arctic and Iceland, plus several short break cruises. For the winter months, a range of exploration style voyages will sail to the Canaries, Cuba, the Caribbean, Cape Verde and Scandinavia.