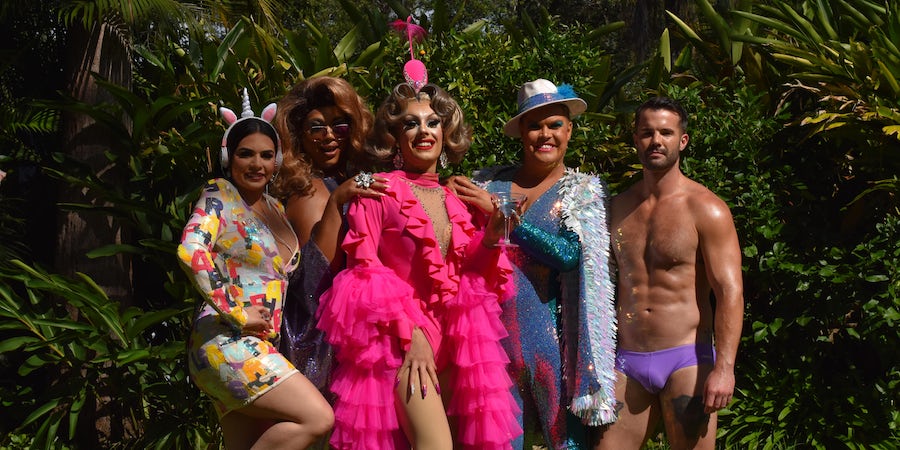 (9:30 p.m. AEST) -- P&O Cruises Australia is celebrating its return to service with its first "Pride Cruise" -- a celebratory weekend at sea for members of the LGBTQIA+ community, their friends, family and supporters.

Setting sail on 4 November 2022, the three-night P&O Pride Cruise on Pacific Adventure cruise ship will be headlined by comedy star Hans the German, amongst other prominent members of the LGBTQIA+ community.

The fun will continue with a Pride Cruise departing Melbourne on 9 December, followed by three dedicated sailings in 2023.

"Guests on the Pride cruise will be able to celebrate the themes of love, compassion, respect and understanding through lectures, educational and spiritual events, same sex marriages and renewal of vows,” Rich said.

"The cruise will welcome everyone who is a member or supporter of the LGBTQIA+ community -- as well as the unique blend of love and laughter that makes the LGBTQIA+ spectrum so special."

Joining P&O Cruises in the new sailing will be a raft of community organisations that support the LGBTQIA+ community through health, well-being and social initiatives. Onboard will be Bobby Goldsmith Foundation, Harbour City Bears and Queer Screen, which will showcase its first Queer Screen @ Sea Film Festival.

The home-grown cruise line has also partnered with some of the best names in the Australian entertainment business to develop the three-night cruise, including talented artists and entertainers who are champions of equality.

Headlining the fun with plenty of feathers, sequins and flamboyance, will be international superstar, accordionist and Berlin boy-wonder Hans the German, the award-winning comedy cabaret star who found fame on America's Got Talent.

Hans will be supported by a stellar line up of LGBTQIA+ artists and comedians, with the cruise featuring specialty theme nights and sub-group get-togethers that will make the weekend on the high seas the hottest destination in the cruise calendar.

Leading diversity trailblazers will join the cruise including Simon Dunn -- the first openly gay male to represent any country in the sport of bobsled and a former Sydney Convicts gay and inclusive rugby union club player, who is now an ambassador for the Bobby Goldsmith Foundation, Australia’s longest running HIV charity.

Pacific Adventure will depart Sydney on the inaugural Pride Cruise on the afternoon of Friday November 4, 2022, and will return on the morning of Monday November 7, 2022.

P&O Cruises Australia will restart operations at the end of May, along with a raft of other lines, following the lifting of the Australia cruise ban.