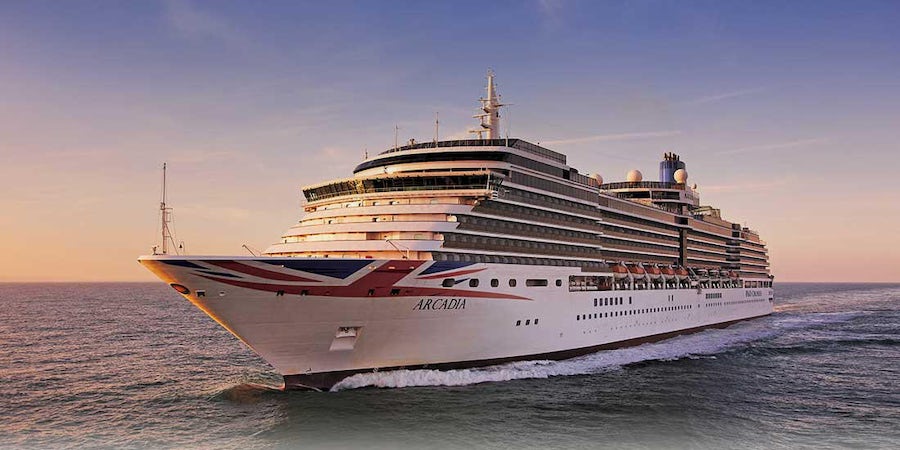 (Noon GMT) -- P&O Cruises' entire fleet will return to service when Arcadia sails to the Canary Islands on Sunday March 27.

Arcadia will be the 6th ship in the fleet to set sail following the worldwide pause in cruise operations, just over two years ago.

Iona, Britannia, Ventura, Azura and Aurora are already back in operation, with a seventh ship -- Arvia, a sister to Iona -- set to join the fleet in December.

P&O Cruises president Paul Ludlow said: "We’re back sailing and this is certainly cause for celebration. Sunday is an important milestone as we will have all six ships back in operation and doing what we do best.

“We are delighted to be welcoming Arcadia back to the fleet. This ship is hugely popular with our loyal cruisers and I know the captain and team on board cannot wait to sail the fantastic itineraries we have planned for this year."

Britannia And Azura Will Spend The Summer in the Mediterranean

Britannia and Azura have both been based in Barbados sailing Caribbean itineraries and will spend the summer in the Mediterranean.

Iona meanwhile has spent spent its first season in the Canary Islands and northern Europe and will soon head up to the Norwegian fjords for the summer.

“It is evident that our guests are reassured by the steps we have taken to protect their health and wellbeing and that they are delighted to be back on board re-igniting their passion for travel."

Arvia's first cruise will be to The Canary Islands followed by a winter season of fly/cruise holidays in the Caribbean from Barbados.

The 5,200-passenger ship, which will be powered by liquefied natural gas, will offer the same new-to-the-line features that debuted on Iona, plus some new additions, including the 970-sqm SkyDome with a pool and stage featuring aerial performances, movies on SeaScreen and theatre productions; The Keel & Cow and The Olive Grove restaurants and Conservatory Mini-suite accommodation.

Separately, the line has released details of summer 2024 cruises which will include the Norwegian fjords and extended time in destinations such as Ibiza and Palma.

Iona will continue to spend the summer season in the Norwegian fjords for seven night itineraries of spectacular scenic cruising with calls to the world heritage port of Geiranger, as well as Olden and Alesund.

Britannia's summer programme will include seven night Norwegian fjords and 14-night western Mediterranean cruises to the Balearics with extended calls to Palma and Ibiza and one itinerary including Cagliari in Sardinia.

Pre-registration for summer ’24 cruises is available now, and on general sale from March 30, 2022.