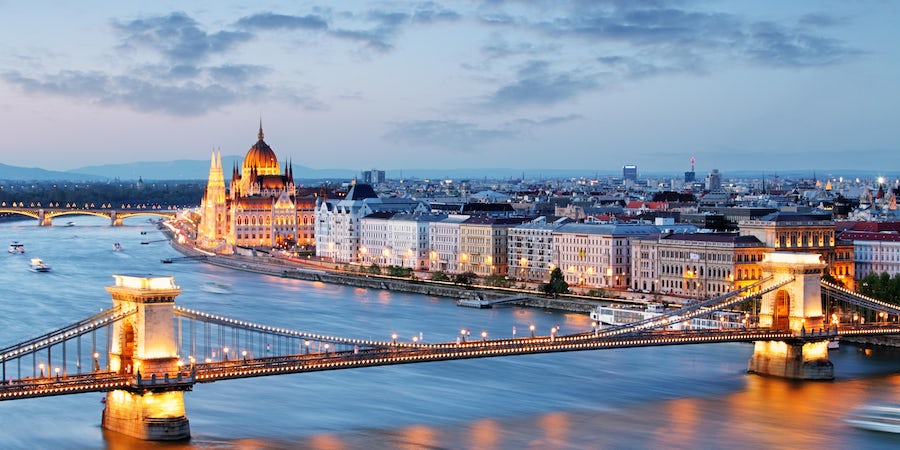 River Cruise Bookings Up Overall Despite Ukraine Conflict, Danube Has Seen A Slow Down

(8:36 a.m. EDT) -- River cruise bookings are up this year -- despite the war in Ukraine, according to river cruise lines.

At the 10th anniversary of Cruise Lines International Association (CLIA) UK & Ireland RiverView Conference, held in Budapest over the weekend, river cruise line executives told Cruise Critic that although the war in Ukraine had seen a slowdown in bookings for the Danube -- which flows through Hungary, Romania and Slovakia that share borders with the war-torn country -- many cruises in Europe were almost fully booked.

"People have had to stay at home and they have not been able to go away and they are now spending their money on revenge travel and many are deciding to take a cruise," said Ellen Bettridge, president and CEO of Uniworld. "For 2022 we have seen that 66 percent of our customers are new to Uniworld and 20 percent have never been on an ocean or river cruise. There is a deep desire to travel again and people are ready to go.

"American passengers are more nervous about the Ukraine than they are about the Omicron virus but I have told people I am in Budapest and how far the Danube is from the conflict. But bookings are still very strong and of course we continue to monitor any situation and would never put our passengers in any danger so they know they can book with confidence."

Alex Pinelo, VP sales at AmaWaterways, said: "We have all our ships back in operation, apart from the Mekong which will start later this year, and our double-width ship AmaMagna is fully booked for the start of the 2022 European season which is now underway. There has been a slowdown in bookings for the Danube for the second half of the season but bookings are very strong on other rivers such as Portugal, which is 90 percent booked. Some passengers are also deciding to sail later in the season and our Christmas market cruises have the best bookings in our history."

AmaWaterways' co-founder and executive VP Kristin Karst said: "People have saved their money during the pandemic and they want to travel and they want to do it now. They are so happy to be back and there is more dancing on our ships than there has ever been and people are staying up later."

Pam Hoffee, managing director of Avalon Waterways, said she saw 2022 as a year of recovery.

"We are looking at 2022 as the comeback year," she said. "When travel restrictions were lifted we saw a great increase in bookings."

CLIA UK & Ireland is a member of CLIA, the world's largest cruise industry organization and the convention was attended by more than 250 cruise industry representatives and delegates. To mark the 10th anniversary event ten river ships lined the Budapest waterfront including the brand new Travelmarvel ship Vega. Travelmarvel is the sister brand of APT and the 182-passenger Vega is the first of three 'contemporary' ships with features including an Irish bar.

Sustainability is at the Forefront of River Cruising

One of the key topics discussed at the convention was sustainability, with A-Rosa Cruises revealing that it planned to have a fully "hybridised" fleet by 2030. In the run up to the May launch of A-Rosa Sena, which will be the first-ever vessel combining a diesel engine a separate battery-powered engine for emission free sailing in and out of port, UK managing director Lucia Rowe announced the target to have hybrid technology retro-fitted on all of the line's ships by 2030.

The ambitious plan will also see the ships equipped with solar panels and cruises operating in conjunction with sustainable transport, including e-buses to transfer passengers to and from vessels and take them on excursions.

"We are dreaming big," said Rowe, who added that although passengers were not yet booking river cruises based on a line's eco-credentials it was something that could be expected in the future and companies had to be prepared.

She added: "One day they will choose a holiday based on sustainability and we are getting ready. This is an investment in our future and future guests."

Another trend highlighted at the event was the growing popularity of longer cruises. Passengers are booking back-to-back sailings and snapping up the chance to embark on epic 'world' cruises of up to 46 nights; an all-new concept that was introduced by AmaWaterways and Uniworld last year.

Uniworld's first Rivers of the World itinerary, setting sail in 2023, sold out within days to passengers from the U.S. and Australia. As a result the line has announced the World's Most Exotic River and Land Journey, across Egypt, India and southeast Asia, which will exclusively go on sale in the U.K.

"At Uniworld we are continuously striving to innovate and elevate our guest experience even further in fresh and exciting ways," said the line's U.K. managing director Chris Townson. "Off the back of the huge popularity of our first Rivers of the World itinerary, which sold out within days of going to market, we are extremely excited to announce our World’s Most Exotic River and Land Journey, exclusively for the U.K. market.