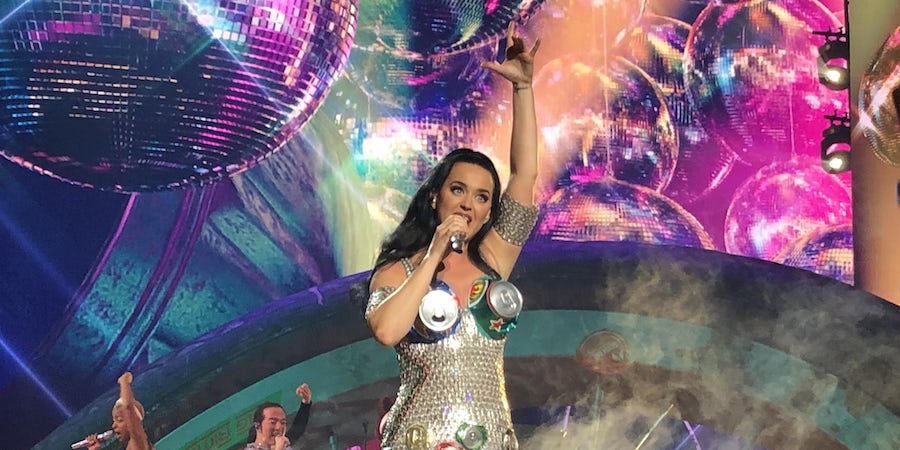 I Took A Cruise And I Liked It: Katy Perry Named Godmother of Norwegian Prima

Norwegian revealed its choice for godmother in Las Vegas, where a small group of media were invited to meet Katy Perry to hear her "Roar" about her new venture into cruising and take in her Las Vegas residency show, "Play", at Resorts World Las Vegas, together with Norwegian Cruise Line president and CEO Harry Sommer.

"We are so excited to welcome Katy Perry, a one-of-a-kind artist and worldwide sensation, as godmother of Norwegian Prima," Sommer said. “We are so incredibly proud that she will be part of the Norwegian Cruise Line family and look forward to launching our beautiful, innovative ship with her in August."

As part of her role as godmother to Norwegian Prima, Perry will preside over the ship's christening in Reykjavik in August and will highlight the festivities with a performance for guests during the ceremony. Norwegian Prima will become the first large-scale cruise ship to be christened in the Icelandic capital.

Perry told media at an intimate pre-show event in Las Vegas that she had cruised before in the past, "though nothing like this."

"All of the best trips my family has taken has been on the water. You wake up in another place, with a new view ... nothing compares."

"I think it's the best way to see the world," Perry said of cruising.

A long-held maritime tradition, the appointment of a godmother is a prestigious honor. A godmother typically blesses the ship and christens it with a bottle of champagne, which is smashed against the hull as a sign of good luck.

"I love that I get to christen her with my good vibrations, and I’m so excited for this new, beautiful, high-end, high-tech ship to take [to] the seas, and provide once-in-a-lifetime vacations for so many families," Perry said of her role as Norwegian Prima's godmother.

Perry also told media in Las Vegas that the song lineup for her performance at Norwegian Prima's christening would be similar to those performed at her "Play" residency. Perry is perhaps best known for her songs "Roar", "Wide Awake", "I Kissed a Girl" and "Firework".

Norwegian has drawn an eclectic list of celebrities in the past to act as godmothers to its new ships. American singer and actress Kelly Clarkson did the honors aboard Norwegian Escape in 2019; country music singer Reba McEntire welcomed Norwegian Epic to the fleet in 2009, while Sex and the City actress Kim Cattrall was tapped to christen Norwegian Dawn in 2002. And, notably, rapper and singer Pitbull became the first "godfather" in the cruise industry when Mr. 305 christened Norwegian Escape back in 2015.

The announcement of Perry as godmother to Norwegian Prima is the latest in a list of noteworthy reveals for Norwegian Cruise Line in the run-up to its debut this summer.

Recently, the line teased new dining experiences that will be featured aboard Norwegian Prima, along with a new Haven luxury ship-within-a-ship area; a new theater concept; and the largest racetrack at sea.

Norwegian Prima will offer cruises from a number of European and U.K. ports beginning August 12, including Amsterdam, Copenhagen, Reykjavik and Southampton before crossing the Atlantic to offer sailings from New York, Port Canaveral (Orlando), Miami, and Galveston, Texas.

A sister-ship, Norwegian Viva, is scheduled to debut in June 2023 and will be the second of six planned Prima-class vessels.

Those who want to get in on the musical action prior to Norwegian Prima's debut can start streaming a custom Spotify playlist curated by Norwegian Cruise Line featuring, naturally, songs by Perry, among others.