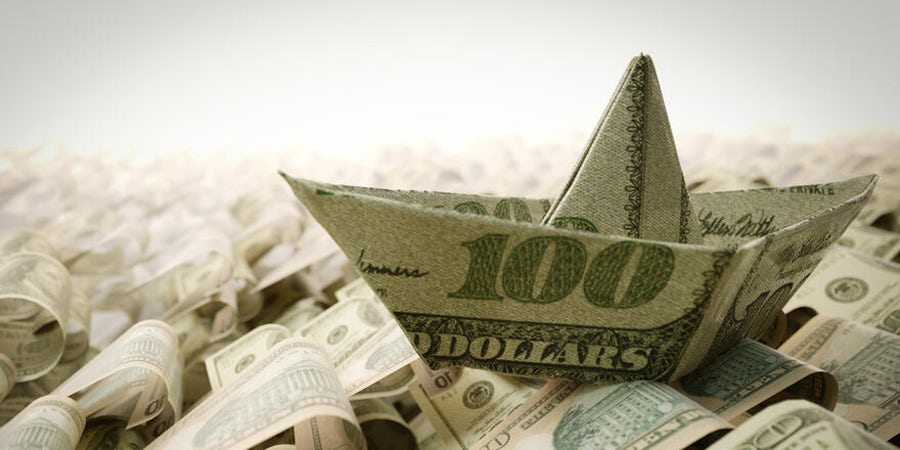 How to Calculate the Total Price of a Cruise (ID: 149) (Photo: denisgo/Shutterstock)

Will Fuel Surcharges and High Oil Prices Affect 2022 Cruise Prices and Fares? The Picture Is Not Yet Clear

How to Calculate the Total Price of a Cruise (ID: 149) (Photo: denisgo/Shutterstock)

(12:30 p.m. EST) -- With the price of U.S. crude oil rising to a 13-year high of $130 per barrel on March 8, as a result of the Russia invasion of Ukraine, a big question looms in the cruise world: Will cruise lines impose fuel surcharges as they did back during the financial crisis in 2008?

Fuel is one of the top expenses for cruise lines, falling just behind payroll. There is historic precedent for cruise lines imposing fuel surcharges. In late 2007, after oil prices topped $100 per barrel, at least 16 cruise lines invoked the inclusion in their ticket contracts that allows for fuel-related fees if the price of oil rises above a certain threshold. The surcharges were for cruises starting in 2008.

At that time, the added fees mostly ranged from about $5 to $10 per person, per day -- though some luxury lines charged more.

Despite increases in prices in years since, cruise lines have demurred on reinstating the charges. But this time may be different.

Cruise Critic contracted different cruise companies to see if fuel surcharges are in play for 2022.

Other cruise companies contacted by Cruise Critic responded less definitively, as in, stand by for more.

What The Cruise Lines Will Consider Before Imposing Fuel Surcharges

The current situation cruise lines find themselves in is, of course, unprecedented, a triple whammy of still trying to recover from a pandemic that shut down the industry for 15 months, Russia's invasion of Ukraine and the effects on Baltic routes, and record-breaking fuel prices.

Factors cruise lines will consider before implementing fuel surcharges, he says, include "the length and severity of impact the current situation has on fuel prices." Cruise companies will also consider the supply of fuel they currently have either contracted or hedged at lower prices. Their own fare strategies as it relates to the restart of cruising will also come into play.

Still, some surcharges may be coming.

"Contemporary lines will want to hold low lead prices for the restart, (and are) thus are most likely to implement fuel surcharges rather than raise price in the near term," Giersdorf says. "All-inclusive lines may hold pricing for a while without surcharges."

If the price of oil remains high for a "chronic and long lasting" period, Giersdorf predicts all cruise brands will "raise price and likely use fuel surcharges as a bridge to the new pricing."

One factor in the decision may be what airlines and other transportation providers decide to do.

Why The Cost of Fuel Matters So Much To Cruise Lines

Cruise lines in their passenger contracts reserve the right to impose a surcharge based on increases in fuel costs. The reason: Skyrocketing oil prices can dramatically impact a cruise company's bottom line.

"Changes in fuel prices and the type of fuel we are permitted to use and/or other cruise operating costs would impact the cost of our cruise ship operations and our hedging strategies may not protect us from increased costs related to fuel prices," Norwegian said in its filing. "Fuel expense, as a percentage of our total cruise operating expense, was 18.8% for the year ended December 31, 2021 and 15.6% for the year ended December 31, 2020."

In their ticket contracts, cruise lines clearly state the right to impose a supplemental fee on cruise passengers if fuel expenses rise. Since 2008, the thresholds have repeatedly been met without extra fees being imposed. The question is whether the current very dramatic rise in fuel prices is different.

In 2007, Carnival Corp., Royal and Norwegian all imposed supplements for their various brands to help recoup fuel costs, and other lines such as Disney Cruise Line joined suit. Some of the charges did not go away until 2010, though Royal and Carnival refunded guests for fees for sailings in 2009.

Read your ticket contract and you'll see the fees in some cases are already set as are rules, that include the cruise line's right to impose the fee even if you have already paid in full.

For instance, Carnival Cruise Line reserves the right to impose a fuel supplement of $9 per person, per day to defray a portion of the brand's fuel costs, if the price of a barrel of "light sweet crude oil" is greater than $70.

"Carnival may collect any fuel supplement in effect at the time of sailing, even if the cruise fare has been paid in full," according to the contract. Carnival also says upfront that the extra fee does not mean you have the right to cancel your cruise.

NCL reserves the right to impose up to $10 per person, per day, if the barrel price tops $65 in its contract.

Some cruise lines will likely impose fuel surcharges, especially if airlines go that route and if the cost of fuel remains high for a sustained period of time. The other option is raising fares.

Happy to finally be back at sea, most cruisers will likely take any fuel surcharges in stride, predicts one marketing expert.

"Imposition of fuel surcharges may be another marketing challenge, but consumer response to the cruise industry’s restart reveals that price sensitivity has not been an issue—or at least not a primary one."