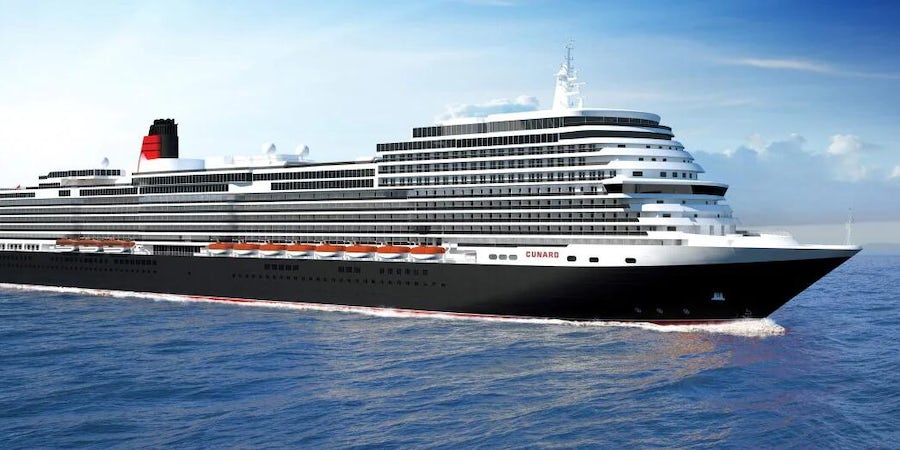 (11:15 a.m. EDT) -- Cunard Line has revealed the current captain of Queen Elizabeth will be the captain of its newest ship, Queen Anne.

During a video released today, the line confirmed Inger Klein Thorhauge would take over as captain of the 3,000-passenger ship, which launches in 2024.

Cunard also revealed Queen Anne would have the line's first two-deck Royal Court Theatre; the Britannia Restaurant; the Golden Lion Pub and Queens Room ballroom. It will also have 15 restaurants, several of which will be new to the line.

"We are delighted and immensely proud to welcome Queen Anne to the Cunard fleet," said Sture Myrmell, President, Carnival UK.

"This marks a truly momentous occasion in Cunard's 182-year history and it shows Cunard's position in the industry as a world famous brand."

The ship brings the line's fleet size to four for the first time since 1999, and includes the iconic liner Queen Mary 2, as well as cruise ships Queen Victoria and Queen Elizabeth.

Following years of speculation (and correct guesses by Cruise Critic members), Cunard confirmed the name of the new ship in an announcement last month.

Currently under construction at Fincantieri’s Naples shipyard in Italy, Cunard is working with a number of top designers on the interiors, including Richmond International, which designed P&O Cruises' Britannia and Iona; and David Collins Studio, which designed Claridge's Hotel and Gleneagles.

"The challenge here was designing all that in one place, in basically a hotel that moves."

Drawing on the line’s Art Deco heritage, Queen Anne will offer a modernised aesthetic, from a sleek Grand Lobby with a three-storey brass mural sculpture harking back to the "Golden Age of Travel" to Cunard's first two-deck Royal Court Theatre.

Designed by Richmond International, the 825-seat theater is inspired by the great theaters of the world, with sumptuous fittings and rich velvet seating.

The reveal only named one of the 15 restaurants onboard -- the iconic Britannia Restaurant, which is on all the line's ships -- and the popular Golden Lion pub, which serves bar food.

Queen Anne Suites Will Have the Feel of Private Residences

David Collins Studios are currently designing the more contemporary open-plan Queens Grill Suites, which have the feel of private residences.

The Queens Grill Suites will offer a dedicated dining room with an adjacent butler’s pantry, walk-in wardrobes and marble bathrooms with sea views.

Queen Anne will also include a Top Deck Wellness Studio

The new wellness and beauty concept -- a first for Cunard -- will have a contemporary, open and airy aesthetic.

Currently, Inger Klein Thorhauge is the captain of Queen Elizabeth and before that captained Queen Victoria. The Faroe Islands-born seafarer is Cunard’s first female captain, having begun working for the line in 1997.

Thorhauge said: "I am very proud to be Cunard’s first female captain, but to be named as the first captain of Queen Anne is the greatest honour.

"I can’t wait to see the reaction Queen Anne will receive from our guests when they first step on board, then to set sail and showcase our beautiful new ship to the world, visiting wonderful, and exciting ports."

Thorhauge will share the captain’s responsibilities with David Hudson, who has been with Cunard since 2006.

Queen Anne’s maiden season goes on sale in May 2022.