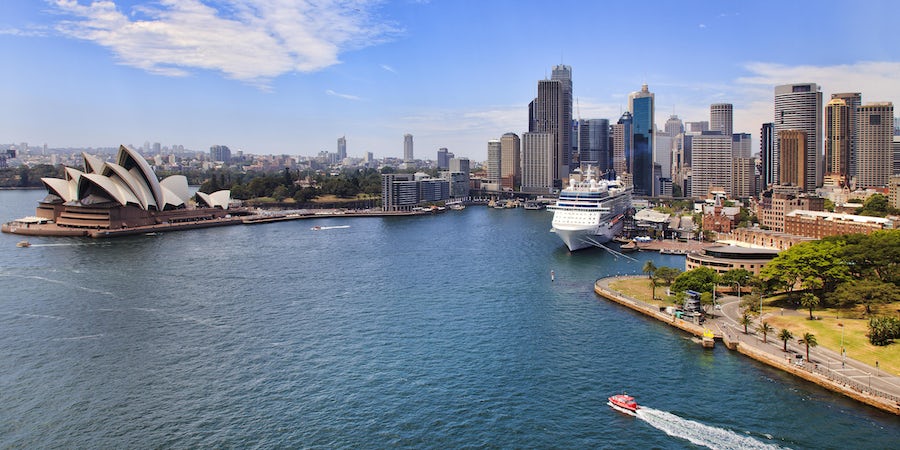 (10 p.m. AEST) -- Carnival Australia brands including P&O Cruises Australia are planning a big party to mark the restart of cruising in the country.

Marguerite Fitzgerald, the newly appointed President of Carnival Australia and P&O Cruises Australia, yesterday revealed preliminary plans are being made to welcome the company's cruise ships home as "progress toward restart has been gathering pace."

Ms Fitzgerald said Carnival Australia was working closely with the government to get in place health and safety protocols, adding: "It’s no longer a case of if but when it happens."

The cruise ban is in place until April 17, but there is a growing hope that cruising could restart in the June or July period. "We’re looking at a middle of the year return."

The lines themselves have cancelled all operations through May.

"The restart of cruising to and from Australia is important to all of Carnival Australia's seven brands but it is particularly significant for P&O Cruises, which this year marks its ninetieth anniversary of cruising from Australia and is renowned as the nation's homegrown cruise line," she said.

"P&O Cruises is the only cruise line that has its operational base located in Australia and, when its ships return, it certainly will be a case of them coming home."

She confirmed that it would be a staged restart as it takes a little while to get all the ships back into service. The restart will begin with domestic cruises, then potentially move into Pacific and South Pacific.

There is also the question of getting ships -- including the perennially popular Carnival Spirit -- back to Australia, after it has been redeployed to the U.S. for the season.

Vaccination rates (which have topped 80%) are driving the confidence in the return, she added. "We are seeing loyal cruisers come back … we're also seeing new cruise."

Ms Fitzgerald paid tribute to the suppliers -- food and beverage, entertainers etc. -- to the cruise 'ecosystem' and said the event would very much be a celebration of them, as well as guests, travel agents, crew and shoreside employees.

She added: "It now seems to be a case of when cruising resumes in Australia rather than if and, when our ships come back, we want to pay due respect to the businesses and people for whom they are so important."