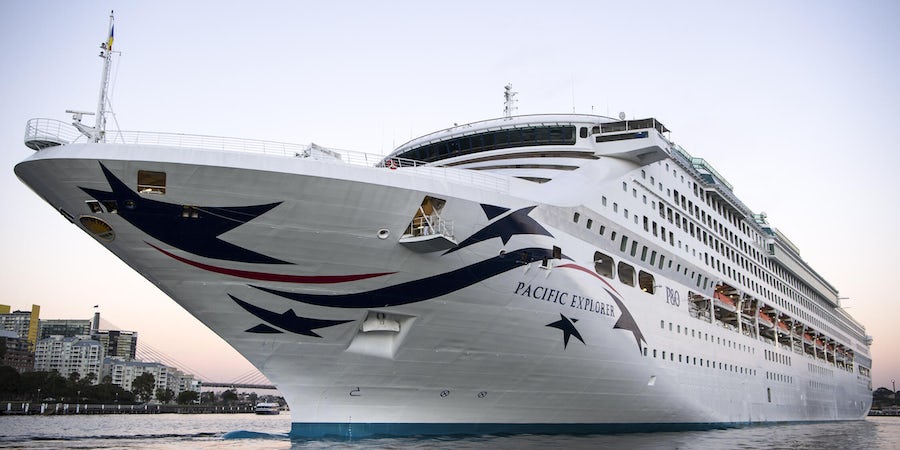 (11:21 p.m. AEST) -- In the absence of an agreed restart plan for cruising in New Zealand, P&O Cruises Australia canceled its 2022 Auckland cruise season.

The cancellation affects 21 cruises that were scheduled to depart from Auckland from July 5, 2022 to November 27, 2022, on Pacific Explorer and is in line with P&O Cruises' pause in operations through May this year.

While P&O Cruises said it has had useful discussions with New Zealand officials and expects to have further contact, uncertainty remains as to when cruising is likely to resume there, which has made it difficult to sustain the 2022 Auckland cruise season.

While Australia still remains closed to international cruises until April 17, the federal governments are now talking to the cruise industry and there is some hope that part of the 2022 season could still be saved.

In a statement, the line said it looks forward to returning to New Zealand next year for an Auckland cruise season beginning in June 2023. P&O Cruises and sister brands also remain hopeful of being able to cruise to New Zealand from Australia later this year.

P&O also "acknowledges the understandable disappointment of guests whose cruises have been cancelled and apologises for the disruption to their holiday plans."

Guests whose bookings are affected by the cancellation of the 2022 Auckland season will be notified with the options available either directly via P&O or their appointed travel agent.