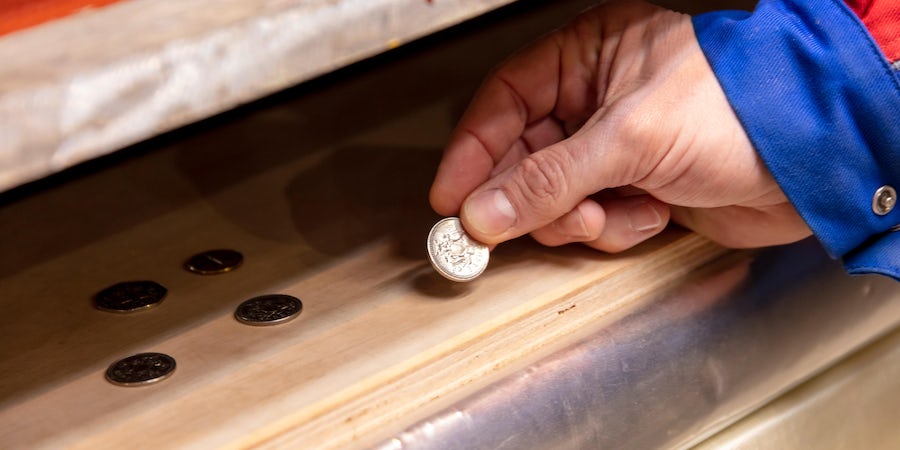 The line conducted a coin ceremony -- a ship-building tradition that is said to bring good luck to the ship and crew throughout construction -- at the same time as the keel laying for the new ship, which launches in December 2022.

Specially selected Barbados coins -- where Arvia will spend half the year -- were placed under the block before the block was then lowered onto the coins.

"These coins, with the workmanship and skill of everyone gathered today -- and so many more -- will keep and protect all on board this spectacular ship," P&O Cruises President Paul Ludlow said at the ceremony.

Arvia, Like its Sister Ship, Will Run on Liquefied Natural Gas

Arvia, a sister ship to Iona, will run on liquefied natural gas. The meaning of "Arvia" comes from the Latin meaning "from the seashore".

Ludlow described the event as "yet another landmark in P&O Cruises' new build history", adding:

"[After Iona], Arvia will be our second ship to be powered by liquefied natural gas as part of P&O Cruises ongoing commitment to sustainable travel.

"Other world-class environmentally friendly innovations include shore-power connectivity and the latest technology for its four main engines."

The next steps are the completion of the block assembly of the aft part of the ship in the dock as well as the further outfitting of the ship.

The 5,200 passenger ship will be delivered in December 2022 and will sail its maiden voyage to the Canary Islands followed by a winter season in the Caribbean.