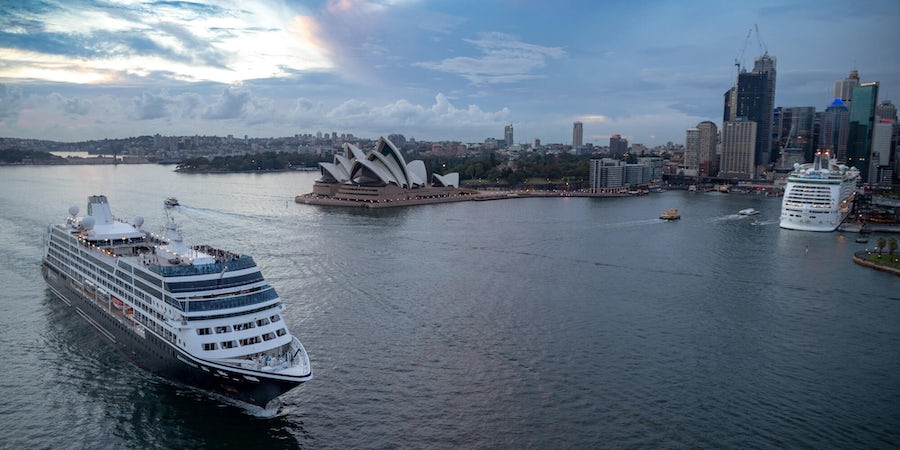 (5:22 a.m. AEDT) -- The Australian cruise industry has welcomed working with the government with a view to restart cruising -- at the same time as the cruise ban has been extended to April 17th.

Cruising down under has been on pause since March 2020.

While Carnival Australia and P&O Cruises Australia described the decision for the three eastern States to work with the cruise industry as "a breakthrough" after almost two years.

"Though the cruise ban has been extended, we can now see hope for thousands of Australians whose livelihoods depend on cruise tourism," Joel Katz, CLIA managing director, Australasia, said.

"Australia is still the only major cruise market in the world without confirmed plans for cruising's resumption, so it's important that governments work in partnership with the cruise industry to achieve a swift solution."

The move means that there is still hope for a 2022 cruise season, if the ban is lifted in April.

Katz said more than seven million people had sailed successfully in dozens of other countries where cruising had already resumed, with stringent health and safety protocols in place.

"Cruising has changed enormously in response to the pandemic and the work done with medical experts around the world has resulted in health protocols that have been successful in mitigating the risks of COVID-19," Katz said.

Katz noted most international lines had cancelled sailings through May, and reiterated the need for a clear framework for restart so lines could start making necessary preparations. It takes several months to prepare ships for their return to service, a process known as 'standing up' a ship.

Marguerite Fitzgerald, President of Carnival Australia and P&O Cruises Australia, said the development would be welcomed by travel agents, fresh produce suppliers, tour operators, the hospitality and accommodation sector and thousands of passengers.

"For two years, all of these groups, including our own employees, have faced uncertainty as to when cruising and its contribution to Australia’s national, state and regional economies might resume," Fitzgerald said.

"They at last have reason for optimism and confidence that cruising will return and we will certainly support the cruise industry in working closely with government authorities, both federal and state, to achieve this outcome."

She added: "There is much to be done and agreed but we can at last look forward to the prospect of our ships coming home where they belong and resuming domestic cruises subject to comprehensive protocols."