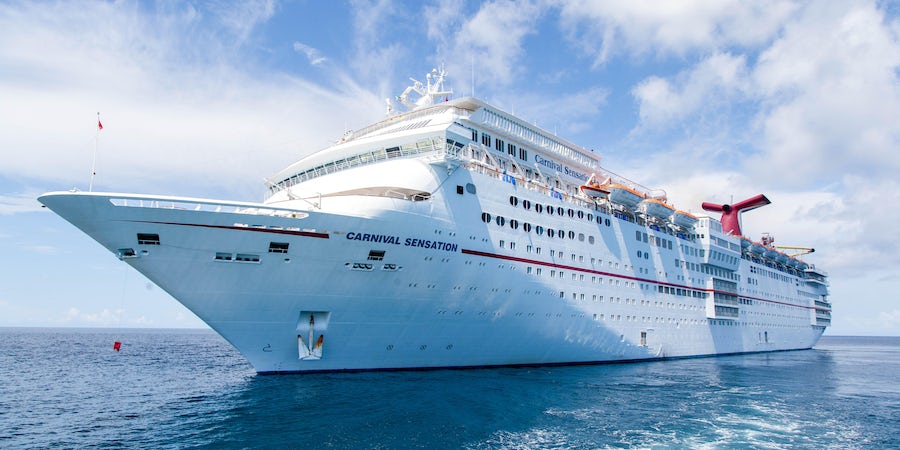 Carnival Sensation will not restart operations, and cruises from Mobile that were planned from October 15, 2022 through September 30, 2023 have been canceled.

Carnival Ecstasy, meanwhile, will take over Sensation's planned itineraries from Mobile (as announced yesterday) but will be retired from the fleet following its last cruise October 10, 2022.

At a later date, Carnival will be announcing a new operating plan for Mobile cruises.

"Our guests have remained passionate and supportive throughout the restart, and 2022 gives us plenty of reasons for enthusiasm and excitement as we reach full operations in the U.S., prepare for our 50th birthday celebration, and await the arrival of Carnival Celebration this fall," said Christine Duffy, president of Carnival Cruise Line.

"Our very loyal guests, our vibrant homeport strategy and our fleet of popular ships are strengths to our advantage as we adapt to changing opportunities and circumstances."

Sensation and Ecstasy carry just over 2,000 passengers apiece and are the same class of ships (Fantasy) and the oldest in the fleet, dating from 1993 and 1991, respectively.

They join a long list of vessels that have been scrapped or taken out of service since the pandemic began, including the ship which lent its name to this class of vessel, which was retired in 2020.

Though outdated and small by modern standards, in the 1990s these were revolutionary, becoming the largest group of passenger ships built to the same specifications.

The ship helped to spark a newbuild competition with competitor Royal Caribbean that continued until recently.

The Carnival ship shuffle continues in Australia, with the line pulling Carnival Splendor out of Australia, citing "uncertainty" over a restart date in Australia.

The line is canceling planned operations of Carnival Splendor from June 10, 202, through September 26, 2022.

However, in an update to the announcement, the line confirmed Carnival Spirit will replace Carnival Ecstasy in Jacksonville for departures from March 7 through April 9, 2022, but the next two cruises are being canceled, then a new ship will be assigned from the Carnival fleet to Jacksonville for the Ecstasy itineraries, effective April 23, 2022. That announcement will be made shortly.