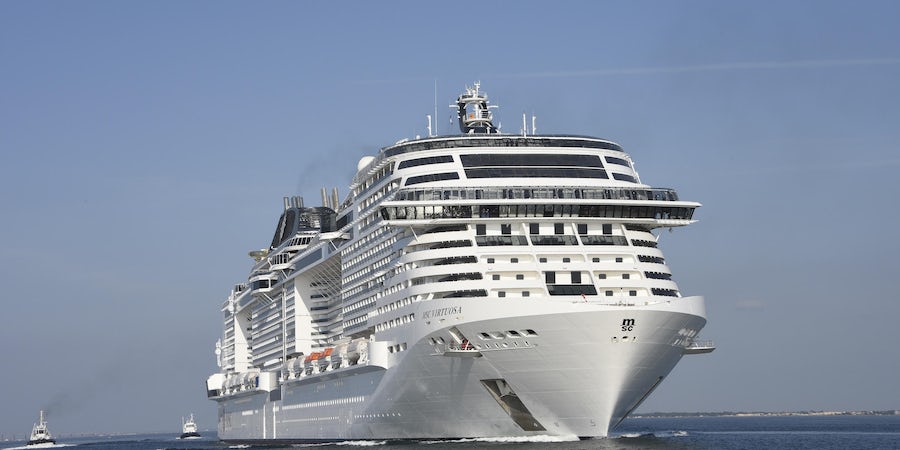 (8 a.m. GMT) -- In a further commitment to the UK cruise market, MSC Cruises is extending its UK season of MSC Virtuosa into November, while also extending MSC Bellissima's stint in Dubai through June.

MSC Virtuosa -- Cruise Critic's Ship of the Year 2021 -- will offer 23 cruises over the course of the summer, between April 29 and November 4, 2022 -- the line's longest-ever UK season. The ship will homeport in Southampton.

The ship was originally due to be based in the UK until the start of October, but a surge in demand has led the line to extend it by a month and add three more cruises including a Canary Islands cruise over October half term.

MSC Virtuosa Will Offer Mini-Cruises, Sailings to The Baltic, The Med And The Canaries

All sailings on MSC Virtuosa will be from Southampton and will include two-night mini cruises to St Peter Port, Guernsey, becoming one of the very first ships back into the Channel Island since the pandemic began in the spring of 2020.

MSC Virtuosa was the first ship to restart cruising in the UK last year on May 20, but was confined to round-Britain cruises due to COVID-19 restrictions.

"Fly-sailings to Dubai [to MSC Bellissima] and to the Med are popular, but so far this year its ex-UK that has proved the most popular."

Paradiso said part of the reason behind the extension was because passengers had asked the line to include the October half term.

The ship proved very popular in the UK and introduced a number of new-to-the-line features including the Spaceship Bar and Rob the Robotic Barman.

He added that a large number of bookings were coming from new-to-cruise passengers -- almost a third overall.

"The share at the moment is 30 percent, which is still higher than pre-pandemic levels. Whether it's going to reach [last year's record high of] 50 percent we will find out in the next few months."

He put the high first-time cruise figure down to last year's round-Britain cruises, which showcased the country and were a first for many passengers.

The three additional cruises will include a two-week Mediterranean cruise, a seven-night cruise to Northwest Spain, France and Portugal and the Canary Islands cruise covering half term.

None of the itineraries on MSC Virtuosa this year will include any UK port stops, but an as-yet unconfirmed Northern Europe-based ship will include stops in Liverpool, Belfast and Greenock, which will be primarily aimed at Germans and Italians.

The Line Has Not Yet Confirmed Safety Protocols Onboard MSC Virtuosa

Last year, MSC Cruises implemented a strict set of protocols, in keeping with UK guidelines and sailed at the start of the season at less than half full.

Paradiso said protocols such as deep cleaning and reduced capacity would remain, but that it was too early to specify which others such as mask wearing and social distancing would go:

"My feeling is that we are going to be in a much better scenario [than last year] by the time we get to April, May, June, so I expect some of those measures to be removed," he said.

He added: "There will be some sort of capacity cap, but this is more about what we want to do rather than what the government is asking for. The aim is not to fill the ship at 100 percent, but at the right level that is appropriate for us."

He put that cap at between 80 to 85 percent of full capacity.

"All the rest like social distancing and masks is down to what the rules are at the time of sailing," he added.

Paradiso added that independent exploring would also be down to individual country rules.

"I've got better vibes than I did this time last year, let's put it like that. I feel way more confident that things will get better and better," he added.

MSC Bellissima will operate 12 extra seven-night cruises calling at Dubai, Abu Dhabi and Sir Bani Yas Island in the United Arab Emirates and Doha in Qatar, from 2 April through to 25 June.

The shipwill finish its planned Red Sea itineraries homeporting in Jeddah, Saudi Arabia on March 26 and then move to the Arabian Gulf taking over from MSC Virtuosa from April 2.

The Gulf itineraries have proven to be popular with the extended stays in port and two overnights in Dubai.

Gianni Onorato, CEO MSC Cruises said: "We have seen that the itineraries in the UAE and Qatar have been very popular with our guests and so to respond to this demand we have decided to extend our presence in the region."

Reservations for the newly-created itineraries are now open for booking.

All 19 of MSC's fleet will be deployed in Summer 2022. This number will increase to 21 ships by the end of the year as the line adds MSC Seascape, sailing the Caribbean; and MSC World Europa which will initially be deployed in the Middle East.