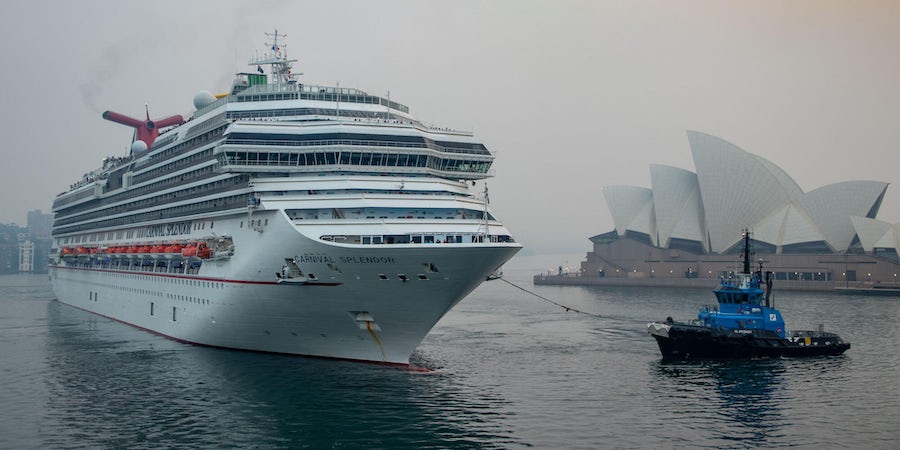 (9:10 p.m. AEST) -- P&O Cruises Australia and Carnival have further extended their pause in operations until the end of May, 2022.

Citing the lack of any progress made towards restarting cruise in Australia, P&O has cancelled 15 cruises scheduled to depart from Sydney or Brisbane between 23 April, 2022 until 28 May, 2022. The rolling cancellations -- the last one was in December -- have been going on since March 2020, when cruising paused worldwide.

Both lines cited the lack of any progress being made towards restarting cruise operations in Australia as the key factor for the cancellations.

P&O released the following statement: "P&O Cruises Australia acknowledges the understandable disappointment of guests whose cruises are affected and apologises for the disruption to their holiday plans.

"The pause period reflects that it will take several months for a ship to return to operation once government agencies and public health authorities have worked with the industry to agree protocols.

The line added: "Australia is one of the last remaining major cruise markets in the world without a return to service pathway."

Carnival stated: "While we continue to make progress on our plan to return to service, there is still no certainty when cruise departures from Australia can resume.

"Regrettably, that means we have made the difficult decision to cancel the following cruises and we apologise for this disappointing news."

Carnival has extended the "book by deadline" for passengers until July 31, with a new sail-by date of 31 March 2024.

Numerous cruise lines have already scrapped their entire 2021-2022 Australia and New Zealand cruise programmes, and there is now serious doubt whether the 2022 season will even go ahead.

Last month, the Australian government extended a ban on foreign-flagged cruise ships until February 17, 2022, nearly two years since it was established in March 2020.