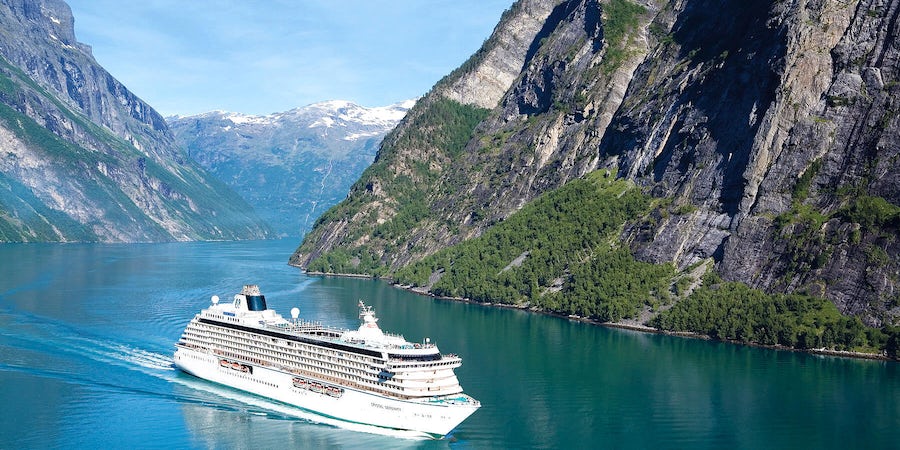 The line reportedly laid off all staff in its U.S. offices on February 8, and management of its ships will transfer over to V. Ships, a vessel management company.

Crystal Symphony and Crystal Serenity were both arrested in Freeport, Bahamas this past weekend over unpaid fuel bills. Crystal's new expedition vessel, Crystal Endeavor has discharged all passengers and is currently deadheading to Montevideo.

On January 19, Crystal Cruises said in a note to passengers it is working on plans to bring passengers home at the conclusion of its current sailings. Those plans, now, seem unlikely to pan out.

The line announced in mid-January it was temporarily pausing sailings after its parent company, Genting Group, ran into financial difficulties.

"This was an extremely difficult decision but a prudent one given the current business environment and recent developments with our parent company, Genting Hong Kong," Crystal President Jack Anderson said in an emailed statement. "Crystal has been synonymous with luxury cruising for more than 30 years, and we look forward to welcoming back our valued guests when we resume operations. We wish to thank our guests and travel advisors for their incredible support during these ongoing challenging times."

Crystal Cruises had suspended the ability to make reservations for most cruises following its January announcement. Itineraries now say "Call for Availability" when selected. A further note says Crystal's call center is closed.

According to the statement, the cruise line is notifying guests. Crystal will provide a full refund of cruise fare paid, which will be processed automatically to the original form of payment, according to the statement. Booked passengers need take no action. If guests paid with a future cruise credit, full value of that credit will be returned to their Crystal Society profile account.

It is a difficult position for the luxury line, which was founded in 1988 with a single vessel -- the retired Crystal Harmony.

The intervening decades saw the line construct Crystal Serenity in 2003, expand into private charter air travel and expedition cruising in 2015, and even enter into a short-lived plan in 2016 to restart cruises aboard the classic S.S. United States.

Genting, which also owns Asia-based lines Star Cruises and Dream Cruises, was hoping for an $88 million "backstop facility" -- a form of insurance to prevent a company's collapse -- from the German government after Genting-owned shipyards Lloyd Werft and MV Werften, which built Crystal Endeavor along with Dream Cruises' under-construction Global Dream, declared bankruptcy January 10.

However, Genting issued a statement which seemed to confirm the cruise side of the business would be protected:

"Certain business activities of the group, including but not limited to the operations of cruise lines by Dream Cruises Holding Limited, shall continue in order to preserve and protect the core assets and maintain the value of the group; however it is anticipated that majority of the group's existing operations will cease to operate."

Yet despite the reassurances, it was not clear how Genting or its subsidiaries will operate without cash flow. The company was predicted to run out of cash by the end of this month.

Genting Group is trying to restructure the company to allow for restarted cash flow at a court hearing January 20 in Bermuda.

All trading in the group's shares in Hong Kong is suspended.

Cruise Critic members reacted with disbelief Wednesday as they waited for word on what would happen to their cruise line of choice.

"This is so SAD," writes gwesq. "We are missing out of wonderful cruises. But the crew is missing out on their income."

"We were on the fence for a variety of reasons but hopeful to get a full refund and will try again in the future should the situation improve with Crystal," Marckeo writes on another thread.

"This is a very sad day," claudia YVR writes. "Hurting for the beautiful Crystal crew."