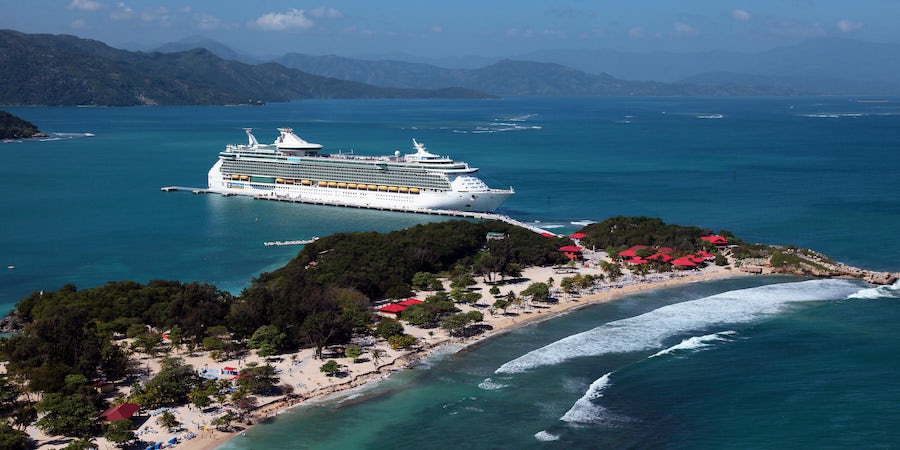 (Updated 10:47 a.m. EST) -- Royal Caribbean confimed to Cruise Critic it intends to resume calls on Labadee on January 27, after an almost two-year pause in operations.

Harmony of the Seas will be the first vessel to return to Royal Caribbean's resort destination in Haiti on January 27, a spokesperson for the line confirmed Tuesday.

Over the weekend, posts on social media by Royal Caribbean Careers revealed the line is actively recruiting for work on Labadee, which has been off-limits to cruise ships since the pandemic began.

The tweet indicates Royal Caribbean is looking to fill several positions in Labadee. These include a plumber, an inventory control specialist, and island experience specialist, and a tender boat captain.

The last two jobs in particular are noteworthy, as they are directly passenger-facing positions that are separate from more caretaker-like positions that cruise lines require even when guests are not present.

First opened in 1986, Labadee is under exclusive contract to Royal Caribbean until 2050. But calling on Labadee hasn't always been smooth sailing. Unrest in 2004 and 2016 saw ships briefly diverted as locals protested the Haitian government, while the July 2021 assassination of Haitian president Jovenel Moise and an earthquake in August have contributed to general instability in the region.

Since cruises resumed in the summer of 2021, Royal Caribbean has found it easier -- and perhaps more advantageous -- to call on its own private island in the Bahamas, Perfect Day at CocoCay.

Labadee continues to appear on itineraries into 2022 and 2023, though it has generally been removed and replaced by other ports of call prior to sailing. Though not a private island as such, it is used similarly to one, with passengers able to enjoy a host of food options and activities while on shore, including ziplining and water sports.