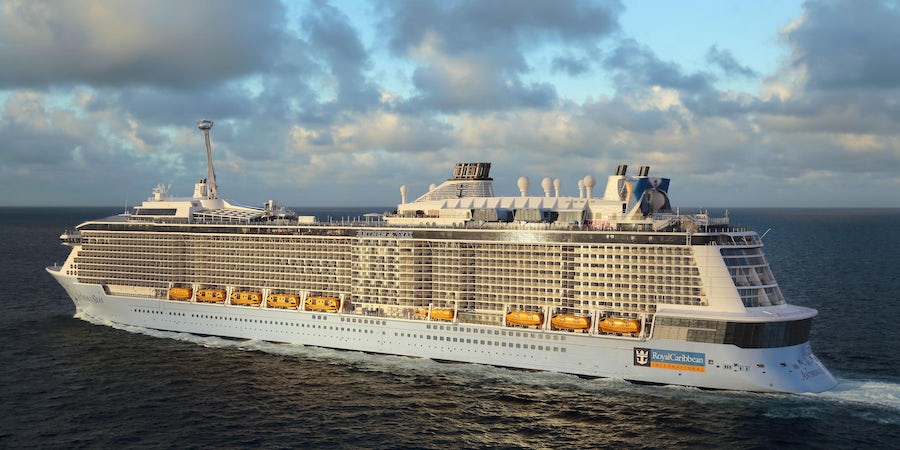 Royal Caribbean Reveals European 2023 Lineup, Including the Return of Anthem of the Seas to the UK

(4 p.m. GMT) -- Royal Caribbean will base nine ships in Europe in 2023 including the return of Anthem of the Seas to Southampton.

The line's current newest ship, Odyssey of the Seas, returns to Rome for a summer season, while the world's current largest ship, Symphony of the Seas, will alternate between Rome and Barcelona.

In total, the nine megaships will visit 25 countries and offer 35 different itineraries.

Anthem of the Seas from: Southampton, England

Anthem will be based in Southampton for the third consecutive year, offering seven-night cruises to Spain and France, or the Norwegian Fjords.

Odyssey of the Seas from: Rome

Odyssey returns in 2023, after a summer based here in 2022. Cruisers have a choice of seven- to nine-night cruises from Rome to Naples; Greek islands cruises and Turkey, as well as 12-night Holy Land sailings, including a stop in Limassol, Cyprus; Ephesus (Kusadasi), Turkey; and Jerusalem, Israel.

Symphony of the Seas from: Barcelona and Rome

Symphony will divide its time between Barcelona and Rome, offering seven-night Western Mediterranean cruise with calls in at Naples, Palma de Mallorca, Spain, and Provence, France.

Serenade of the Seas from: Barcelona

Serenade will sail 8-night itineraries to the Western Mediterranean, 12-night cruises to the Greek Isles and 5-night sailings to Italy and France.

Explorer of the Seas from: Venice (Ravenna), Italy

New to Ravenna, Explorer will offer seven-night cruises to the Aegean Sea and visit Olympia, Greece -- the birthplace of the Olympic Games -- for the first time, among a series of picturesque destinations in the Adriatic and Mediterranean including Kotor, Montenegro, and Chania, Crete.

Brilliance of the Seasfrom: Rome and Venice (Ravenna), Athens, Greece; and Barcelona

Sailing open-jaw itineraries from Italy, Greece and Spain, Brilliance will offer cruisers a choice of four European cities to start and complete their cruise in the Western Mediterranean, Greek Isles and Adriatic Sea. The 7-night cruises will sail from Rome to Athens, Greece; Athens to Venice; Venice to Barcelona; and Barcelona to Rome.

Rhapsody of the Seas from: Haifa, Israel, and Limassol, Cyprus

Rhapsody will be the first Royal Caribbean ship to sail from Limassol and Haifa, Israel, all in one season. The new summer combination consists of 7-night sailings to ports of call in Turkey, Israel and Greece, including first-time destinations for the cruise line, like Skiathos and Thessaloniki, Greece. Starting in September, the ship will take off on short 4- and 5-night getaways from Haifa and visit Cyprus and the Greek Isles.

Voyager of the Seas from: Copenhagen, Denmark, and Stockholm, Sweden

Voyager returns to Northern Europe, sailing from Copenhagen, Denmark, and Stockholm, Sweden, to offer a mix of 7- to 11-night itineraries around Scandinavian countries, Estonia and Russia.

Passengers looking for a longer cruise can set sail from San Juan, Puerto Rico,toCopenhagen on a 14-night sailing that features an overnight in Bermuda and visits to St. Thomas, France and Belgium.

Jewel of the Seas from: Amsterdam, the Netherlands

Jewelwill cruise roundtrip from Amsterdam on 12-night sailings to the Arctic Circle, the British Isles, Iceland and Ireland.