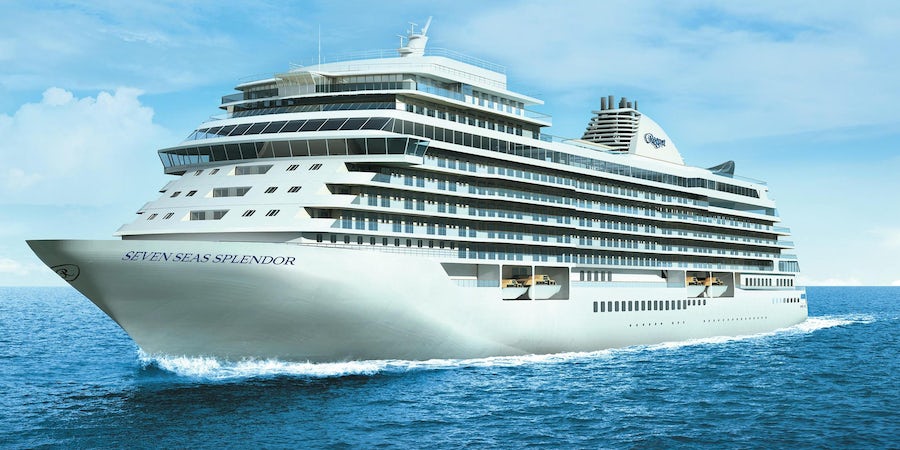 Set your reminders for "The World's Most Expensive Christmas Cruise", which will air at 8 p.m. on Channel 5, showcasing the 750-passenger Seven Seas Splendor.

It is the latest outing on TV for the ultra-luxurious ship -- the first show aired in 2019, showcasing Regent Seven Seas Explorer.

The latest show will give viewers a behind-the-scenes look at how the plush, all-inclusive, all-suite ship operates during Seven Seas Splendor's inaugural festive season at sea.

One of the ship's biggest talking points is the nearly 4,500-square foot (pictured above) Regent Suite -- which comes with a $250,000 grand Steinway piano, a personal butler and its own in-suite spa and unlimited spa treatments and sells for $10,000 per day.

Viewers will see Cruise Director John Barron and the crew adorn the ship with £70,000 worth of Christmas decorations, including 15 trees and a 260-foot garland wrapping around the central staircase as the ship sails to Grand Stirrup Cay in the Bahamas.

Graham Sadler, Managing Director of Regent Seven Seas Cruises, said: "We are delighted to return to TV screens during primetime Christmas Eve on nationwide television. Our crew have pulled out all the stops, and decked the halls with the most beautiful decorations, to make this a truly magical Christmas voyage for our guests. This is a particularly special festive season for us with Seven Seas Splendor celebrating her first Christmas at sea with guests."

Produced by ITN Productions for Channel 5, the show was originally due to showcase the ship’s sailing to Miami in April 2020, but production was delayed due to the pandemic.