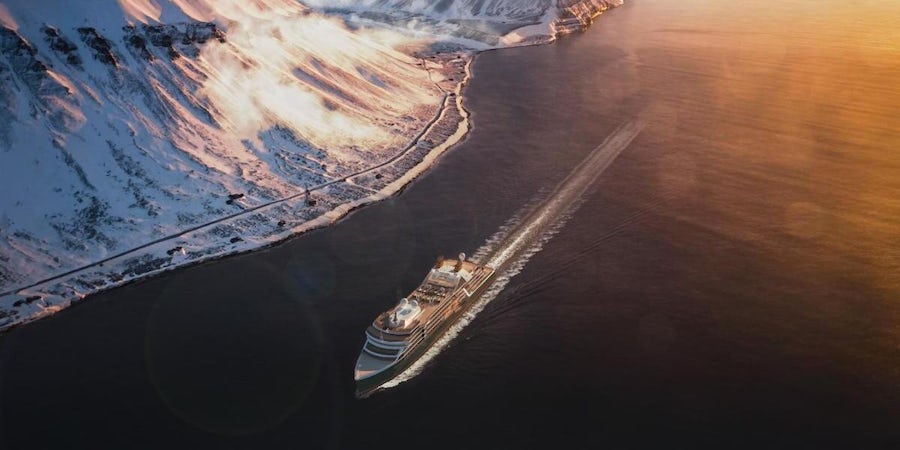 (11:06 a.m. EST) -- Luxury line Seabourn has announced two rugged adventures for Summer 2023, as the line prepares to offer its first-ever voyages to the Northwest and Northeast Passages in the far Arctic.

The all-new Seabourn Venture, which will debut next spring, leads the charge from Tromso, Norway on July 29, 2023, sailing the remote Northeast Passage above arctic Russia, bound for Nome, Alaska.

Sister-ship Seabourn Pursuit -- which will enter service in March 2023 -- will offer a 21-day luxury expedition of the Northwest Passage on August 27, 2023, sailing westbound from Kangerlussuaq, Greenland to Nome via arctic Canada.

Both journeys are among the most rugged polar expedition cruises in the world. The Northwest Passage, in particular, has been the subject of fascination -- and frustration -- for numerous explorers throughout history.

Most famously, the ill-fated Franklin Expedition led by Sir John Franklin found itself trapped in the ice on a quest to search for the Northwest Passage in 1845, eventually leading to the abandonment of its two ships, Erebus and Terror, in a desperate overland effort to reach help.

In the Northeast Passage aboard Seabourn Pursuit, passengers can visit off-the-beaten-path ports like Murmansk, Russia -- where a visit to a nuclear-powered icebreaker known as Lenin is included.

Other points of interest include Franz Joseph Land, an archipelago of 192 islands in the Russian Arctic that is home to polar bears, Atlantic walruses, bowhead whales and ivory gulls, among other things. Passengers will also have the chance to visit Provideniya, Russia -- a former Soviet-era military port where passengers can visit the local cultural center for tea, music and dancing and take in the spectacular natural landscape.

"Our Northeast Passage and Northwest Passage are truly epic itineraries that are perfect for travelers who want to explore regions less traveled, and take in the landscapes, nature and wildlife they never thought they would ever see," said Josh Leibowitz, president of Seabourn. "Seabourn offers the most luxurious and most exclusive ocean and expedition experiences on Earth."

Seabourn Venture, which is scheduled to debut on April 10, 2022, from Greenwich (London), England, is Seabourn's first purpose-built luxury expedition ship.

The ship will have an ice-strengthened hull that will allow it to explore the world's remote Arctic regions and will offer passengers the luxury accommodations and dining options Seabourn has become known for, including a brand-new observation lounge concept.

In addition, Seabourn Venture and Seabourn Pursuit will carry a fleet of Zodiac rafts, gear for scuba diving and snorkeling, kayaks, and a custom-built, six-passenger submarine for explorations under the ocean's surface.

Seabourn will also build on its successful Ventures by Seabourn expedition program aboard its two dedicated expedition ships. Ventures staff -- all of whom are skilled expedition guides, lecturers and destination experts -- will guide passengers on remote explorations on land and sea, offering rugged hikes, kayak and zodiac excursions, and onboard presentations that run the gamut from binocular clinics to birdwatching expeditions and historical presentations.