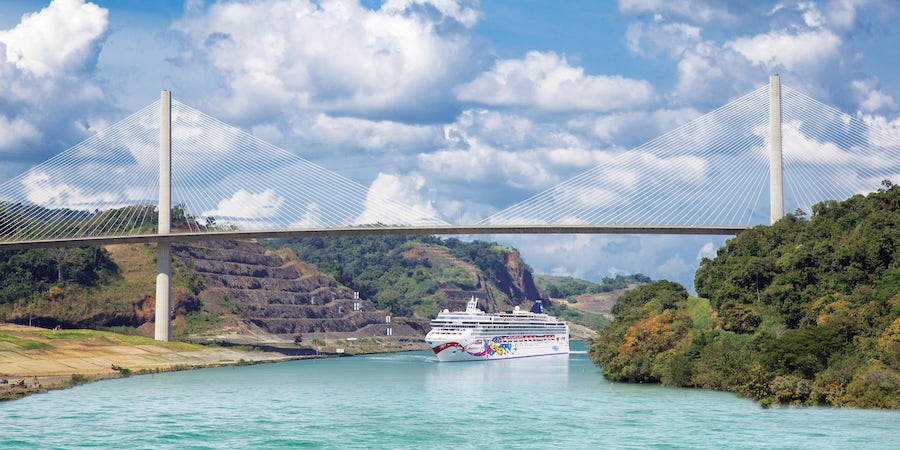 The first such sailing debuts on March 20, 2022 aboard Norwegian Jewel. Norwegian's parent company, Norwegian Cruise Line Holdings, has entered into an agreement with the Panama Tourism Authority that will allow NCLH vessels to homeport at the Colon Cruise Terminal on the Caribbean side of the canal, as well as at the Fuerte Amador Cruise Terminal on the Pacific Ocean side of the canal, near Panama City.

Norwegian plans to offer 12 homeport voyages in 2022 and 2023, starting with Norwegian Jewel's nine-day sailing on March 20, 2022 that will depart Fuerte Amador and transit the canal before calling on Puerto Limon, Costa Rica; Oranjestad Aruba; Willemstad, Curaçao; Kralendijk, Bonaire and Cartagena Colombia before ending in Colon.

"Part of our Company's mission is to create unforgettable experiences in some of the most special places around the world," said Harry Sommer, president and chief executive officer of Norwegian Cruise Line. "This new agreement enables nearly 24,000 guests to experience the beauty of Panama each year."

Currently, most Panama Canal cruises are multi-week affairs that either sail roundtrip from Floridian homeports as a "partial transit", or full-transit sailings that typically leave from Florida and arrive in Californian homeports like San Diego or Los Angeles.

Norwegian will also send Norwegian Gem on select Panama Canal sailings beginning in January 2023, including an 11-day journey that ends in New York City; and a 10-day cruise on December 6, 2023 that will start in Fuerte Amador and end in Miami after visiting numerous ports of call in the Caribbean, including Norwegian's own private resort destination in Belize, Harvest Caye.