You may also like
Dismiss
Coronavirus: Updated Cruise Ship Policies and Cancellations Because of COVID-19 (2021)
Did Ed Sheeran Name His Baby After Antarctica Cruise?
Rolling Out the Deals: Why Now Might Be a Great Time to Book a Cruise
Royal Caribbean's Anthem of the Seas Cruise Ship to be Based in Southampton in 2021
P&O Cruises Restarts Cruising For First Time in 15 Months on Britannia
Virgin Voyages Takes Delivery of Valiant Lady Cruise Ship, Resilient Lady "Floated Out"
Additional Cruise Lines Opt To Require COVID-19 Boosters
The Biggest Cruise Ship in the World, Wonder of the Seas, Has Arrived in Florida
These Ships Are Coming Back To The U.S. in 2022: Here’s Why You Should Care
A 'Thor: Love and Thunder' Cameo That Gets Cruise Fans Excited 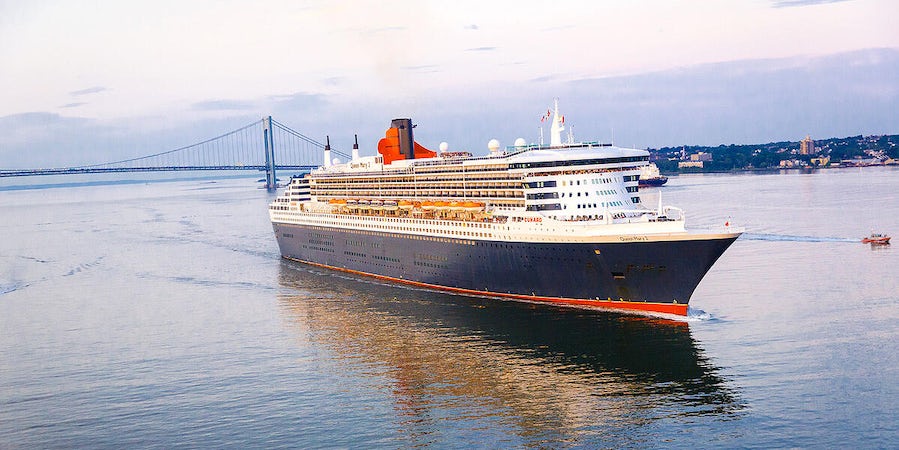 (8:30 a.m. EST) -- Two additional cruise ships crossed major milestones recently, with Cunard Line and Princess Cruises both returning vessels to the high seas for the first time in over 19 months.

Both Queen Mary 2 and Caribbean Princess had been operationally sidelined since the COVID-19 pandemic began to shut down the travel and cruise industries in March 2020.

Now, both vessels are back on their first revenue passenger voyages.

The ship -- which recently underwent a multi-week refresh in Brest, France -- will complete a voyage to the Canary Islands before setting out on December 13, 2021 on its first transatlantic crossing in nearly two years -- a westbound voyage to New York that will arrive at the Brooklyn Cruise Terminal on December 20, in time for a Holiday voyage to the Caribbean.

The world's only true modern ocean liner, the 2,620-passenger Queen Mary 2 then resumes its regular schedule of winter crossings between Southampton and New York, with longer nine-day voyages occasionally offered between Hamburg, Germany and New York via Southampton.

Cruise Critic will be sailing onboard Queen Mary 2 this coming February for a report on the liner's return to the rugged North Atlantic. Until then, it's reassuring to see this greyhound of the seas back underway once again.

On the opposite side of the Atlantic, Princess Cruises welcomed back one of its more popular ships on the same day, with the 2004-built Caribbean Princess setting sail from Port Everglades Sunday evening.

The ship underwent a significant refurbishment in 2019, prior to the global health pandemic, that saw the addition of a new outdoor splash area for kids on the ship's uppermost deck.

Princess notes its weeklong Caribbean sailings can be combined into a single 14-day voyage traversing the Eastern and Western Caribbean.

"Caribbean Princess marks our eighth cruise ship to return to service and our teammates are thrilled to be serving our guests back onboard," said John Padgett, Princess Cruises president.

"This ship was our very first vessel to offer the innovative Princess MedallionClass Experience and features modernized venues and newly imagined spaces like The Reef Outdoor Splash Zone that offers a tremendous setting for the entire family."

Both Caribbean Princess and Queen Mary 2 continue the cruise industry's relaunch plans that began in earnest over the summer, and which are scheduled to carry on into 2022.