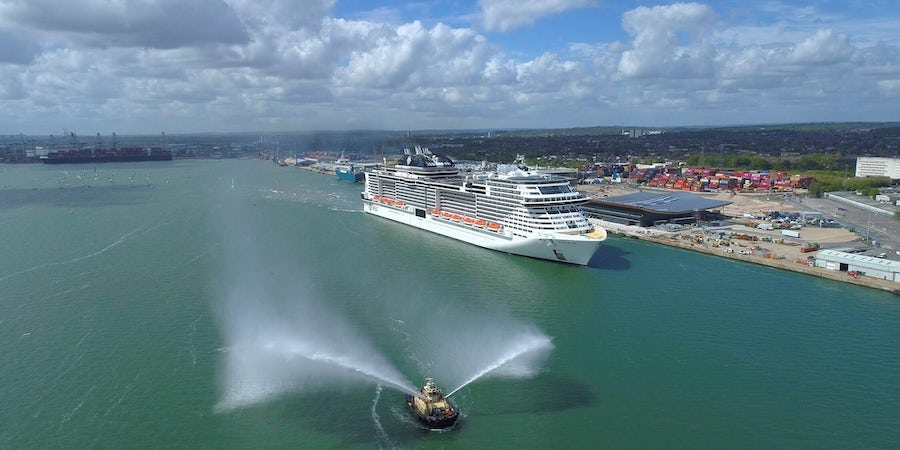 MSC Virtuosa to Return for Line’s Biggest Ever UK Season, MSC Cruises to Base Ship in the UK Year Round in 2022

(8:30 a.m. GMT) -- MSC Cruises has revealed MSC Virtuosa will return to the U.K. next year to offer the line’s biggest ever UK season out of Southampton.

The 6,200-passenger MSC Virtuosa will replace MSC Magnifica, which was due to be based here next year, and is currently sailing to northern Europe from Southampton for the winter 2021/2022 season.

Summer 2022 sailings on MSC Virtuosa will range from two-night mini cruises to Guernsey to 12-night Baltic Sea and 14-night Western Mediterranean itineraries, between April 29 and October 1.

MSC Virtuosa debuted in Southampton in May this year, becoming the first ship to restart cruising from the U.K. since March 2020]offering a series of round-Britain cruises.

Managing Director of MSC Cruises UK & Ireland, Antonio Paradiso, said: “We had such an amazing response to sailing MSC Virtuosa from Southampton this summer that we couldn’t turn down the opportunity to bring this popular ship back to UK shores, but this time with a variety of new and exciting itineraries.

“We have listened to the feedback from consumers and travel agents and have delivered itineraries with more choice, new destinations and longer cruises to warmer climates – all departing from Southampton.”

Passengers already booked on MSC Magnifica for summer 2022 will be automatically transferred to the nearest like-for-like MSC Virtuosa sailing.

The line has not yet confirmed which ship will be based in the UK during the winter 2022-2023 season, though it has confirmed sailings will be to northern Europe.

MSC Virtuosa was officially named in Dubai over the weekend in a ceremony attended by the ship’s godmother Sophia Loren. It was the second MSC Cruises ship to be christened in as many weeks, with MSC Seashore named at its private island marine reserve Ocean Cay, just last month.