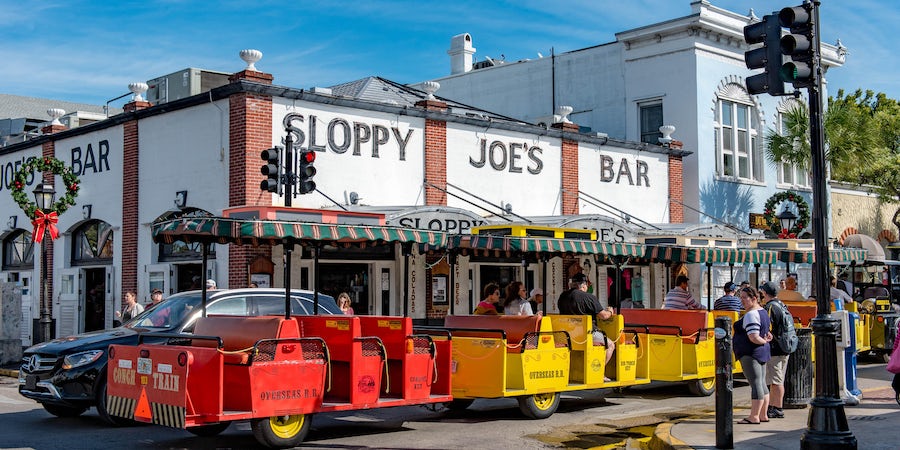 (11 a.m. EST) – Cruise ships returned to the Florida Key West over the weekend for the first time since March 2020, giving vessels another popular place to stop on Caribbean itineraries.

Azamara Quest and Crystal Serenity both stopped in Key West on Saturday, with a combination of 911 passengers between them. The number of passengers is important, as Key West has been in a battle to reduce the impact of cruise ships on the island town.

In November 2020, voters in the city approved a series of referendums aimed at restricted the size and number of ships that call on the popular Florida cruise port. The measures would have limited the number of people disembarking from the ships to 1,500 people per day, as well as prohibiting ships carrying more than 1,300 people.

But in spring 2021, lawmakers in the Florida Senate and House voted to override the local effort with a state law that says that says local authorities cannot pass ballot initiatives or referendums that limit maritime commerce. Florida Governor Ron DeSantis signed the bill into law in June 2021.

Key West plays an important role on numerous Caribbean itineraries. The city -- the southnermost in the contiguous United States -- is a popular port on both Caribbean and Bahamian itineraries, thanks to its proximity to key turnaround ports in Miami and Fort Lauderdale.

According to the Keys Weekly, the issue of limiting cruise ships calling on Key West is not dead. Advocates for cruise ship controls are urging the city to turn the referendums into ordinances, which are not covered by the state law.