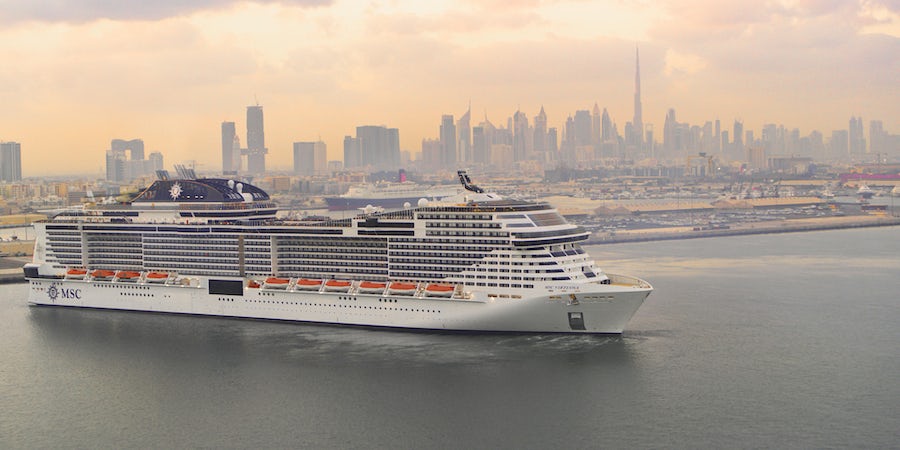 Hollywood icon Sophia Loren is the godmother to MSC Virtuosa -- her 17th MSC Cruises' ship -- and cut the ribbon that broke the bottle on the ship's hull on Saturday.

The 6,334-passenger ship, which was the first ship to resume cruising in the U.K. on May 20 this year, will homeport in Dubai until March next year.

"We are honoured to host this time-honoured maritime tradition ceremony in the United Arab Emirates during its Golden Jubilee year and with it, to mark our longstanding and long-term commitment to this region.

"This is also why this winter MSC Virtuosa, a new and one of the most technologically and environmentally advanced ships in our fleet, will homeport in the country as part of our deployment in the Gulf region."

The night culminated in a spectacular firework display against the stunning Dubai skyline, before a celebratory gala dinner. Event guests were treated to a performance by singer-songwriter Rag'n'Bone Man, who performed his best-known hit songs.

It is the second MSC Cruises' ship to be names in as many weeks -- the line christened MSC Seashore at its private island marine reserve Ocean Cay, earlier this month.