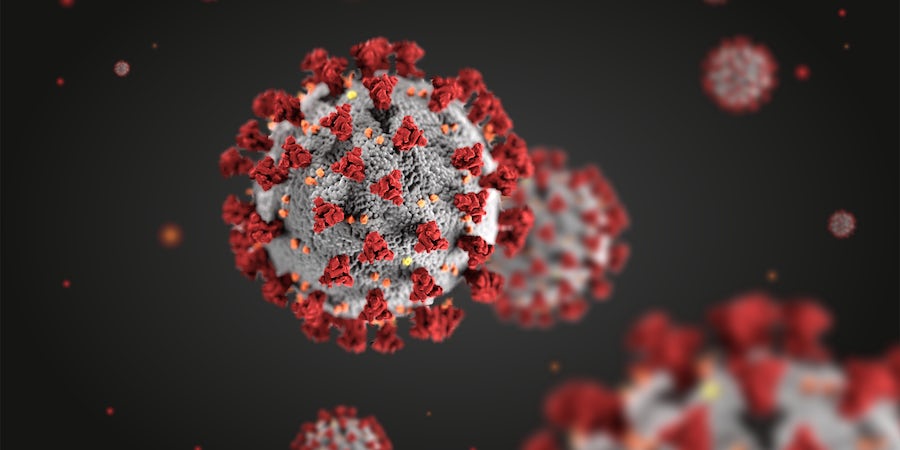 (Updated 9:56 a.m. EST) -- More countries closed their borders to international travel, as fears over a new COVID-19 variant continued to spread around the world.

The new strain -- dubbed "Omicron" by the World Health Organization on Friday -- is reportedly more transmissible than the Delta variant of COVID-19 that caused no small amount of concern for cruisers and travelers over the summer of 2021.

First reported on November 24 and detected on November 9, 2021 in South Africa, Omicron -- otherwise known as the B.1.1.529 variant -- has a significant number of mutations over previous novel coronavirus strains. According to the WHO, cases in South Africa have peaked rapidly in successive days, particularly in the areas around Johannesburg.

Will the New Omicron Variant Affect My Cruise?

The impact to cruises is still being determined, though it seems highly likely that cruises bound for south African countries will be canceled or re-routed. Clearly, those travelers who have been to one of the countries in question in recent weeks may find themselves out of luck in the short term due to increasing air travel bans.

Unlike the emergence of the Delta strain over the summer, numerous countries are already locking down on air travel from South Africa and surrounding southern African nations. By Friday afternoon, the UK, Philippines, Singapore, and the entire European Union bloc had banned all direct air travel into or out of South Africa, Botswana, Eswatini, Lesotho, Mozambique, Namibia, and Zimbabwe. Some countries are also including Malawi in their bans.

Canada also banned all foreign nationals who reside in or who have been to the countries in question in the last two weeks from entering Canada, effective immediately through the end of January 2022. Almost simultaneously, White House officials stated they would also enact a U.S. travel ban for those who had been to the eight countries in question, excluding American citizens. That ban is set to begin today

All citizens who are not foreign nationals and who have spent any time in those countries, including airport transits are being required to undergo full quarantine and testing measures upon landing. It is not known how long travel restrictions will be imposed on South African countries, and there are critics who call the travel ban an overreaction.

In the interim, cruise lines will likely rely on their core health and safety policies, the vast majority of which far exceed the restrictions put upon most of the world's airlines and hotels and resorts. Passengers can expect pre-cruise COVID-19 testing to be even more relevant now.

The new Omicron strain can be picked up by "a particular type of PCR test", according to Euronews. It is not clear if antigen testing can detect the virus, or if vaccines are effective against it.

What Cruise Lines Are Scheduled to Sail in Southern Africa?

Several cruise lines stand to be impacted by the discovery of the Omicron variant.

On November 30, Norwegian Cruise Line announced it would cancel five voyages on Norwegian Jade departing from December 3, 2021 to January 26, 2022 in response to the new variant.

"The safety of our guests, crew and communities we visit remains our highest priority," Norwegian Cruise Line said in a statement. "Accordingly, we continue to closely monitor the evolving global public health environment and are ready to adapt as needed."

Norwegian was scheduled to deploy Norwegian Jade on a season of South African sailings from Cape Town beginning with a Christmas and New Year's voyage departing December 21. Cruise Critic members report the voyage from Dubai to Cape Town set to depart December 3 had already underwent a significant itinerary change earlier this week that removed all ports in the Seychelles and Madagascar.

That sailing has now been canceled just four days prior to departure.

"We are at the airport (on the way) to Dubai when we got that email," writes Liburanon the December 3 Norwegian Jade Roll Call.

"I hope things work out for you and that you are not too much out of pocket," writes casofillia. "I wouldn't be happy to get a cancellation like that just four days before embarkation."

Norwegian is offering affected passengers a full refund of all monies paid or a future cruise credit.

Small-ship line Azamara is scheduled to begin sailing from Cape Town aboard Azamara Pursuit in January; along with MSC Cruises, which has long maintained a seasonal presence in the region.

MSC said in a statement Monday: "Our cruises in South Africa are only open to local residents. They will operate under the protection of our health & safety protocol and in line with health guidelines as issued by local authorities as they apply to the population for all activities in that country.”

Other cruise lines, including Crystal, Ponant, Regent and Silversea are all scheduled for one-off port stops or turnarounds throughout the spring.

"We are carefully monitoring the situation but have not announced any itinerary changes at this time," a Crystal spokesperson told Cruise Critic.

Cape Town was poised to welcome its first ship back on November 30 -- a call by Hapag-Lloyd's Europa, which now seems in doubt. In 2019, the city saw 52,000 cruise passengers call on its historic V&A Waterfront.

Typically, cruises to and from South Africa occur between November and May.

I'm Concerned About This New Variant. What Should I Do with My Cruise?

For now, unless you've recently been to one of the countries in question (in which case, call your cruise line or travel agent to ask for guidance), the best advice is to sit tight: more will be known about this new variant in the coming weeks, and cruise lines will communicate any new health and safety protocols to passengers and crew well in advance of sailing.

Passengers booked on sailings to or from South Africa should contact their cruise line for further guidance, but understand that this is an emerging issue. Any cancelations or itinerary changes may still be days or weeks coming.

For now, however, it is clear that the cruise industry's proven regimen of testing, proof of vaccination, mask usage onboard, and physical distancing aren't going away any time soon.

Cruise Critic will continue to monitor this topic and will update this article as more information becomes available.