You may also like
Dismiss
Coronavirus: Updated Cruise Ship Policies and Cancellations Because of COVID-19 (2021)
World's First Big Ship Cruise Line to Resume Operations
Just Back From Hurtigruten's Finnmarken: The First Cruise Ship to Set Sail, Post-Covid
Marella Cruises Reveals New 2021/22 Itineraries to the US, Caribbean and Asia
Royal Caribbean's Anthem of the Seas Cruise Ship to be Based in Southampton in 2021
Popular Royal Caribbean Cruise Ship To Homeport From Barbados For First Time
CDC to Make Masks Mandatory in Cruise Terminals, Cruise Ships in the U.S.
Another Big Week for Cruising in England as More Ships Set Sail, Arrive For Restart
Norwegian Breakaway Cruise Ship Returns To New York: We Chat With NCL President Harry Sommer
These Ships Are Coming Back To The U.S. in 2022: Here’s Why You Should Care 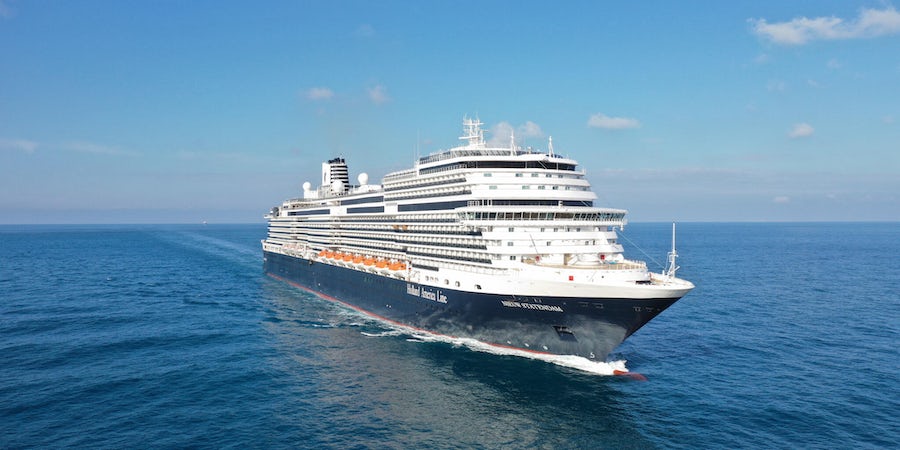 "Today is another milestone in our return to service, with Nieuw Statendam starting operation just in time for Thanksgiving, and we have a lot to be thankful for this year that we’re getting back in the water," said Gus Antorcha, president of Holland America Line. "Today is a great day for Holland America Line, and our team members can’t wait to welcome guests on board."

The next Holland America Line vessel scheduled to resume service is the 2002-built Zuiderdam, which sails from San Diego on December 23, 2021, bound for Mexico's Sea of Cortez.

"The momentum of our Great Cruise Comeback continues as Norwegian Joy resumes voyages from our beloved hometown of Miami to join our other world-class vessels sailing from our brand-new terminal to continue delivering unforgettable guest experiences," said Harry Sommer, president and chief executive officer of Norwegian Cruise Line. "With the launch of our ninth ship, we now have more than two-thirds of our berths in operation, and we couldn't be more excited."

Norwegian Joy will be joined in Miami by fleetmates Norwegian Encore, Norwegian Getaway and the soon-to-restart Norwegian Pearl, which comes back just in time for the Holiday season.

The company's fleet of two will sail to some of the Caribbean's most exclusive hideaways and less-visited spots, dropping anchor off places like Mayreau, Grenadines; Illes De Saintes, Guadeloupe; and St. Lucia's Rodney Bay.

Unlike many luxury lines, most voyages aboard SeaDream I and SeaDream II clock in at one week in length, allowing for shorter luxury getaways.

SeaDream had successfully resumed service in the Mediterranean this past summer. Like most lines, passengers over the age of 12 sailing aboard SeaDream's Caribbean voyages are required to present proof of full vaccination against COVID-19.