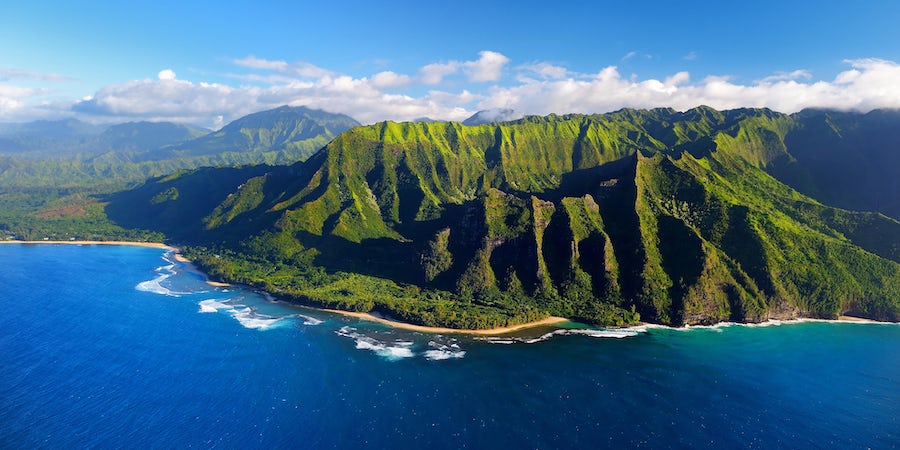 (Updated 8:54 a.m. EST) -- After reaching an agreement with state and local officials, small ship line UnCruise Adventures announed late Wednesday it has restarted cruises in Hawaii, operating the first sailings in the state in more than 20 months.

Hawaiian officials have not yet approved a restart for larger cruise ships.

The 36-passenger Safari Explorer kicked off the season sailing around the less-visited island of Molokai, including exploration in the Halawa Valley. The line has not yet received permission to operate in Maui and the Big Island of Hawaii but is continuing to work with authorities on those islands regarding "operational details," said Dan Blanchard, owner of UnCruise Adventures.

The cruise company is operating 100 percent vaccinated sailings, with testing requirements for both guests and crew.

"We have worked diligently to ensure that Hawaii’s residents are safe and confident in our operations," Blanchard said. "It is humbling to be granted permission to operate."

Despite last-ditch efforts by cruise lines, Hawaii will not be open to most large-scale cruise ships for the remainder of this year, leaving some passengers out in the cold.

Whether big-ship cruises will be allowed to resume in January 2022 is still a question mark.

In November, Viking Cruises cancelled two 16-night Hawaii sailings on Viking Orion that were to embark Los Angeles in December, one of which was a Christmas and New Year’s holiday cruise. Replacing the Hawaii cruises is a Mexico itinerary calling in La Paz, Puerto Vallarta (for an overnight) and Cabo San Lucas (overnight), with eight days sailing the Pacific Ocean. Guests were offered shipboard credit on the new itinerary (the amount based on cabin category), the option of alternative itineraries booked by Nov. 21, or a full refund.

Carnival Cruise Line had also cancelled a two-week Carnival Journeys sailing aboard Carnival Miracle from Long Beach that had been scheduled to embark on Nov. 28, and was to visit several of the Hawaiian Islands and Ensenada. "While the ship is ready and we agreed to all the protocols required by the State, they will not be ready to restart cruising in Hawaii until 2022," John Heald, the line’s brand ambassador, said on Facebook. Future cruise credits were offered, as were refunds.

A Norwegian Cruise Line spokesperson told Cruise Critic the January 22, 2022 voyage of Pride of America would go ahead as planned.