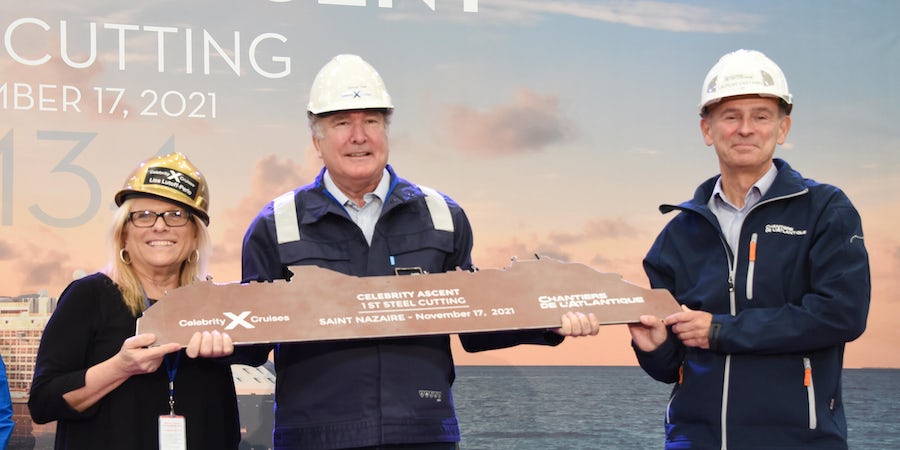 (2:36 p.m. EST) -- Celebrity Cruises is looking upward with its latest ship name. Celebrity Ascent is expected to debut in early 2023 as the line’s fourth Edge-class ship.

The high-design ships have such grounding breaking features as Infinite Verandas, with the upper half of a wall of windows opening at the push of a button, to turn staterooms into open-air lanais; and a Magic Carpet platform that rides the outside of the ships, attaching at various levels to serve as a bar, restaurant, and for easy access to tenders to go ashore.

"The name of this new ship is very apropos as the industry rebounds, but also as Celebrity continues to lead the industry as an unmatched new-luxury brand and cruise line," said Richard Fain, chairman and CEO of Royal Caribbean Group, parent company of Celebrity Cruises. "Celebrity Ascent will take the industry to new heights as it pushes the boundaries of what people can experience on a ship and how they experience it."

Full of "ascending" puns, the cruise line said in a press release that the newest ship in the fleet would "climb even higher" than Celebrity Beyond.

"While I wish I could share what we have in store for this ship," said Lisa Lutoff-Perlo, Celebrity’s president and CEO. "I can tell you our 'Ascent' will be Celebrity Beyond’s sister ship in every way, and then some."

The name was announced as construction officially began on Celebrity Ascent at the Chantiers de l’Atlantique shipyard in Saint-Nazaire, France.