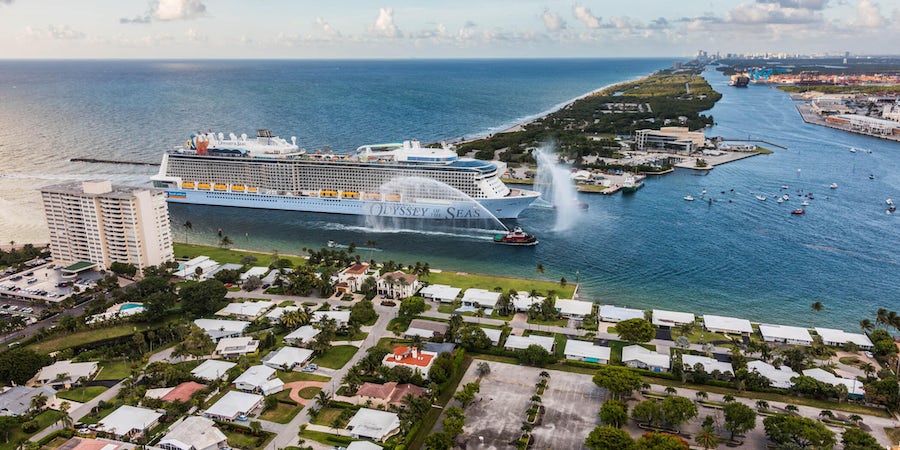 (12:10 p.m. EDT) -- Royal Caribbean Group, the parent company of Royal Caribbean, Celebrity Cruises, and luxury brand Silversea, reported a $1.4-billion loss for the third quarter of 2021 as the company continues to accelerate its restart plans.

That negative news was tempered, however, with some positive metrics. Over 500,000 people have now cruised across the group's brands, and over 1 million passengers are expected to have sailed in 2021 before the end of the year.

Ship capacity to-date has been hovering around 44 percent on average, though some sailings, such as a recent Freedom of the Seas voyage, operated much higher, at 87 percent.

The company also noted pricing is higher across the board than 2019 for 2022 sailings, and bookings are well within historical ranges. Even more optimistic, Royal Caribbean Group notes it intends to be turning a profit by next spring, and credits the highest guest satisfaction scores and onboard spending in the company's history as part of the reason for the positive outlook.

Royal Caribbean Group also noted positive dialogue with the U.S. Centers for Disease Control and Prevention (CDC), which recently announced its Conditional Sail Order would be extended until January, but with major improvements for cruise line operators.

"We are very pleased with the continued and constructive partnership with the CDC and the U.S. government's COVID-19 interagency group," Royal Caribbean chairman and CEO, Richard Fain, said. "This is a great example of how close collaboration between the cruise industry and the CDC results in health and safety protocols that have demonstrated cruising can be one of the safest forms of vacation."

Speaking to investors Friday, Royal Caribbean Group CFO Jason Liberty noted the strength of bookings for 2022 and 2023; something that presents itself to cruisers in the form of slightly higher prices and even sold-out or nearly sold-out voyages.

"In terms of what we have really experienced, especially over the past 45 days…we're seeing people's willingness to pay ahead of 2019 levels. It is very encouraging, and we're excited about it. Our marketing efforts are really bolstering that demand."

One voyage in high demand is one Royal Caribbean has never offered before: a recently-announced 274-day World Cruise aboard Serenade of the Seas that will visit seven continents in 2023.

"We launched the world cruise of world cruises literally about 10 days ago, and we only made it available to our 16 million loyalty members," Royal Caribbean Cruises president and CEO Michael Bayley told investors. "Within seven days, we were 70 percent booked -- the average price of a balcony room is $70,000 dollars. The royal suite sold within a week. All these suites are booked with non-refundable deposits.

While the rise of the Delta variant of COVID-19 had an impact on short-term bookings for the rest of this year and into early 2022, the impact on 2023 bookings is showing to be almost nonexistent, according to Fain.

With the CDC dilemma more or less resolved, the issue that is now giving investors pause is the rising cost of fuel. And while executives don't expect to be back in a situation similar to that of 15 years ago when rising fuel costs triggered price increases and surcharges to passengers to make up the difference, the company is aware of the rising cost of fuel and has started hedging (locking in a set rate) for fuel-related expenses.

"We have taken on new capacity," Liberty said. "We will be taking on additional new capacity into next year. We have gotten rid of older tonnage, so we do expect that our fleet will become more and more fuel efficient."

Rising fuel costs, however, are likely to put increased pressure on older tonnage, which tend to be less fuel-efficient vessels.

However, this was one of the most positive earnings calls in the past 19 months. Cruises are sailing again, passengers are happy -- and showing that happiness with their wallets.

"It has certainly been a horrible year and a half," Fain remarked. "People want to look forward to a period of stability. Overall, it's a factor and that's why we've been so anxious to get everything up and running."