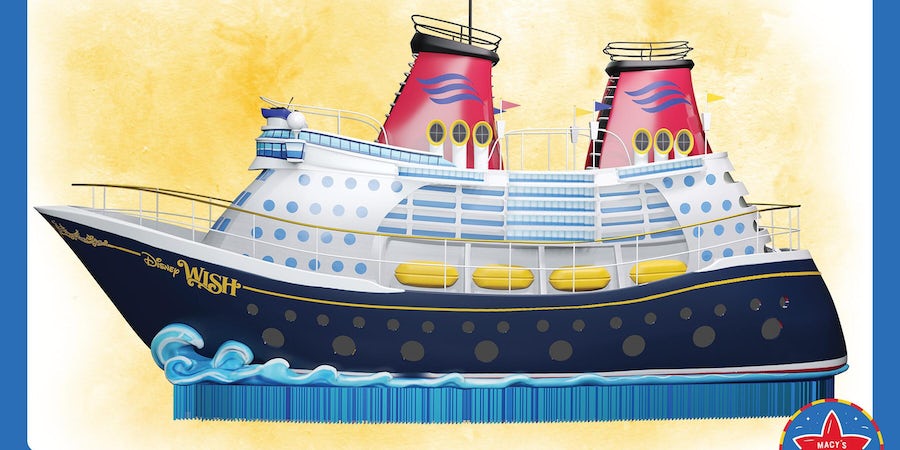 Inspired by the new Disney Wish, which will begin sailings in spring 2022, Disney's decked-out "Magic Meets the Sea" float will sail down the famous parade route, departing from 77th Street and Central Park West and making its way toward its final destination, the Macy's Department Store on 6th Avenue in Herald Square.

"The Macy's Thanksgiving Day Parade is a treasured tradition at the heart of family holiday celebrations," said Sharon Siskie, senior vice president and general manager of Disney Cruise Line. "We are honored to collaborate with Macy's for this renowned event and build upon the shared legacy of creating magical memories year after year. Just like the Disney Wish, our float will be a celebration of enchanting Disney storytelling, beloved characters and wishes come true."

Onlookers at the 2021 Macy's parade and at home can expect to grab glimpses of 15 different Disney characters from Disney Wish onboard the float, including Captain Minnie Mouse, who guides the ship from its bow; and Princess Tiana, Aladdin and Jasmine, and Cinderella.

When it launches next year, Disney Wish will feature a reimagined telling of the story of Aladdin and Jasmine as an original Broadway-style mainstage show, interactive adventures courtesy of Princess Tiana, and a fairytale-inspired Grand Hall. Guests will also find classic Disney Cruise Line design elements, from towering red funnels to a Mickey Mouse-inspired color palette.