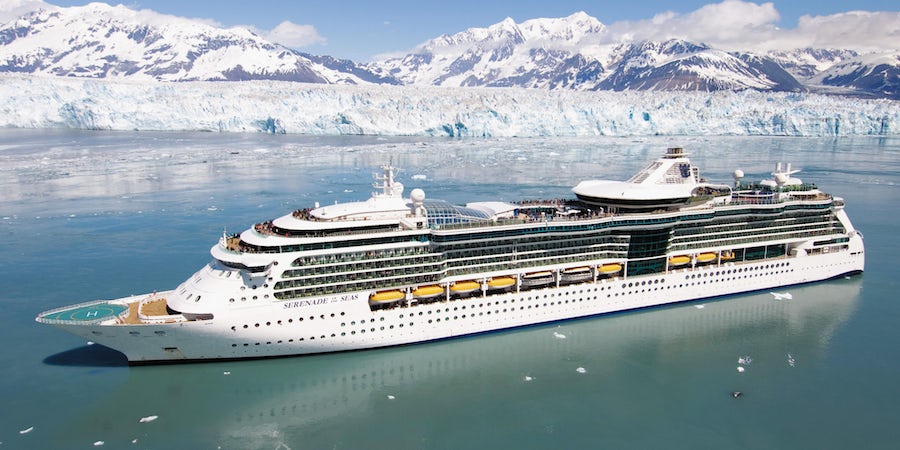 Around the World in 274 Days: Royal Caribbean Reveals Record-Breaking Seven-Continent World Cruise for 2023

The epic Miami-roundtrip voyage will take place on the Radiance Class Serenade of the Seas, leaving December 10, 2023, and returning 10 months later, on September 10, 2024.

The ambitious circumnavigation will call at 150 destinations, with four bookable segments -- the Americas, Asia-Pacific, the Mediterranean and Northern Europe -- taking in eye-popping sights such as the glaciers of Antarctica; the Taj Mahal in India; Machu Picchu in Peru, and Mount Fuji in Japan.

The world cruise also includes 57 new ports for the line, including Casablanca, Morocco; Qaqortoq, Greenland; and Shimizu, Japan, the gateway to Mount Fuji.

President and CEO of Royal Caribbean International Michael Bayley teased the news via a cryptic Facebook post earlier this week, saying: "Get ready for the news of a lifetime. A big announcement is on the horizon. Stay tuned!"

In an official statement released today, Bayley said: "This is the world cruise of world cruises.

"Now more than ever, people have resolved to travel the world and make up for lost time. Royal Caribbean is making that a reality with the ultimate vacation that welcomes those seeking adventure and exploration to taste, dance and dream with us around the world. To travelers asking themselves where they should go next, we say everywhere."

Don't worry if you can't spare 274 days. Four bookable segments are available, broken down below:

Segment 1: Round the Horn: Americas and Antarctica Expedition, December 10, 2023, to February 11, 2024, including three continents and 36 destinations.

Highlights: Beginning in Miami, the ship will first sail to the Caribbean, before traversing south to Antarctica and around Cape Horn. Highlights will include Antarctica's glistening glaciers, Chichen Itza in Cozumel, Mexico; Christ the Redeemer, in Rio de Janeiro, where the ship will spend New Year’s Eve, and the largest waterfall system on the planet, Iguazu Falls near Buenos Aires, Argentina, topped off with the UNESCO World Heritage Site of Machu Picchu, in Peru, before ending in starry Los Angeles.

Segment 2: Wonders of Asia and the Pacific Expedition, February 11 to May 9, 2024, including three continents and 40 destinations.

Highlights: From L.A. passengers will sail to Hawaii, followed by the South Pacific; New Zealand; Australia; Bali; Vietnam; Malaysia; China, and Japan. Highlights include the Great Barrier Reef in Australia; the Great Wall of China; India's Taj Mahal, and an immersive voyage around Japan.

Segment 3: Middle East Treasures and Marvels of the Med Expedition, from May 9 to July 10, 2024, taking in three continents and 44 destinations.

Highlights: Starting in Dubai, United Arab Emirates, and ending in Rome, highlights of the third segment include Petra, Jordan; the Pyramids of Giza, Egypt; the Temple of Artemis in Ephesus, Turkey, and the Colosseum in Rome, plus calls to Greece, Croatia, and France.

Segment 4: Capitals of Culture, July 10 to September 10, 2024, including three continents and 40 destinations.

Highlights: The final leg of the Ultimate World Cruise starts in the Mediterranean and heads north, covering Spain, Morocco, France, Russia, Norway, Iceland, and North America. Highlights include the Sagrada Familia and Park Guell in Barcelona; the museums of St. Petersburg, Russia; the Blue Lagoon in Iceland; and New York, before the ship returns to Miami.

Individual segments can be booked from December 2021.