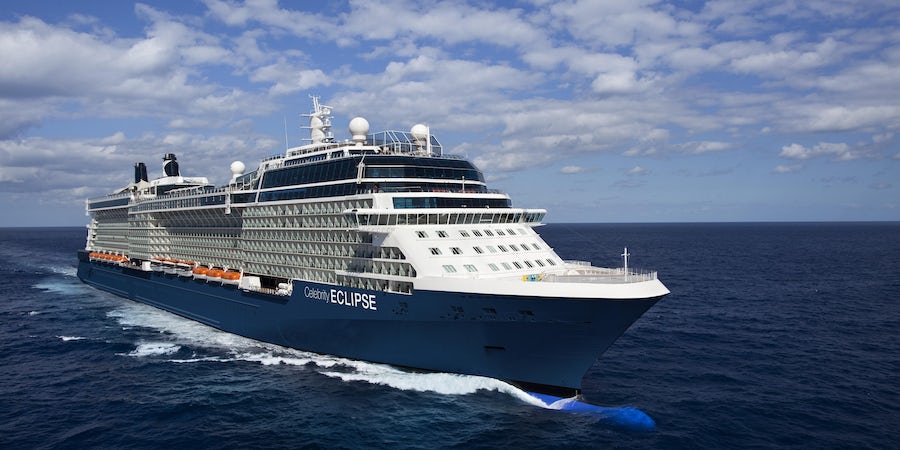 (5:30 p.m. EDT) -- Cruise lines are already rolling out the itineraries and special features for cruises set to depart during winter 2023-2024 -- an unusual step that wouldn't necessarily have taken place in the pre-pandemic landscape.

But with prospective travelers looking to the future to set sail again, cruises are selling well into 2023 -- and beyond.

Our latest cruise news roundup focuses on the most recent announcements from cruise lines for sailings departing in winter 2023-2024 period. For those who like to plan ahead, plenty of exciting itineraries already are on the table.

Celebrity Cruises is pulling out all the stops for its 2023 season on the West Coast, deploying three ships in Alaska for the entire season and returning to the Mexican Riviera for the first time in over 15 years.

Two Celebrity ships will offer voyages from Vancouver, British Columbia, for the 2023 Alaska cruise season. Regional mainstay Celebrity Millennium will offer one-way voyages between Vancouver and Seward, while the larger Celebrity Eclipse will focus on roundtrip sailings from Canada Place to Alaska.

Celebrity Solstice, meanwhile, will homeport in Seattle, where it will offer roundtrip voyages to Alaska. Solstice will be the only Celebrity vessel in Alaska to visit Endicott Arm and Dawes Glacier, just south of Juneau. Other ports of call include Juneau, Skagway, Ketchikan, and Victoria, B.C.

Celebrity is keeping Celebrity Eclipse in the region to offer a series of Mexican Riviera cruises throughout winter 2023-2024. The deployment of the Solstice-Class ship represents a renewed commitment by Celebrity to return to the Mexican Riviera, with the line restarting cruises in late 2022 aboard Celebrity Millennium for the first time since 2007.

Other Pacific Coast itineraries offered in 2023 aboard Celebrity Eclipse include seven-night sailings to San Francisco, Santa Barbara and San Diego; six- and eight-night Mexican Riviera itineraries; and a six-night repositioning voyage from Vancouver to Los Angeles calling on Victoria, Astoria and an overnight stay in San Francisco.

Disney Cruise Line Charts a Course for Tropical Destinations in 2023

Disney Cruise Line will return to offering itineraries to its top tropical destinations in early 2023, with sailings to the Bahamas, Caribbean and Mexican Riviera all on offer -- including Caribbean and Bahamas voyages that stop at the line's private island, Castaway Cay.

Disney cruisers will be able to embark from a variety of U.S. homeports in early 2023, including sailings from the line's traditional homeport of Port Canaveral (Orlando), as well as departures from Miami, New Orleans, Galveston and San Diego.

Departing from Port Canaveral will be the brand-new Disney Wish, which makes its debut in June 2022. This ship -- a new class of vessel for Disney Cruise Line -- will offer three- and four-night cruises to the Bahamas, calling on Nassau and Castaway Cay.

Also departing from Florida, Disney Dream makes Miami its homeport for the first time in the vessel's history, with four- and five-night sailings that will visit a variety of ports, including Nassau, Grand Cayman, Cozumel and Castaway Cay.

The line's debut ship, Disney Magic, calls Galveston, Texas, home for January and February 2023 before relocating to New Orleans for the first time in the line's history in February and March. Both turnaround ports will offer sailings to the Western Caribbean, with four-, five- and six-night voyages on offer.

From San Diego, Disney Wonder will sail to the Mexican Riviera in early 2023, with voyages to Mazatlan, Cabo San Lucas and Puerto Vallarta, Mexico. Shorter sailings will visit Ensenada, Mexico instead.

Bookings for these sailings open to the public October 21, 2021.

The line's four vessels will spend their deployments in unique geographical areas. Azamara Pursuit will be based in South Africa for the 2023-2024 season, while Azamara Quest will winter in South America. Azamara Journey will be deployed to Australia and Southeast Asia, while Azamara Onward will call the Caribbean and Mediterranean regions home.

Azamara also announced it intends to roll out new shore excursions, along with pre- and post-land programs and new "AzAmazing Evening" events, for its winter 2023-2024 lineup.

Azamara president Carol Cabezas also revealed the line will call on 20 ports for the first time during the season and teased that future announcements were set to come from the line in November regarding, "travel across the globe."

The line is also offering prospective passengers an Early Booking Bonus for its 2023-2024 sailings, which are now available for reservation.

Azamara Onward -- the former Pacific Princess -- is scheduled to enter service in May 2022 after Azamara acquired it in early 2021.