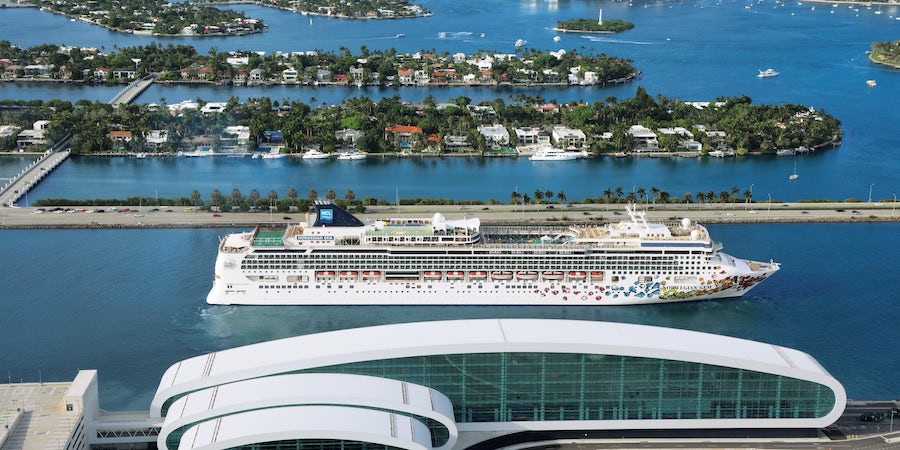 (5:15 p.m. EDT) -- Florida Governor Ron DeSantis has fired the latest salvo across the bow in the battle over proof of vaccination against COVID-19 on cruises departing from the state, saying the courts should throw out a preliminary injunction that found Norwegian Cruise Line could require passengers to present proof of vaccination to be allowed to set sail.

Norwegian Cruise Line Holdings boss Frank Del Rio has been steadfast in his stance that the line -- which includes brands NCL, Oceania and Regent Seven Seas -- will not permit any unvaccinated passenger, regardless of age, to cruise.

NCLH won an injunction against the state of Florida this summer, and Norwegian Gem became the first fully vaccinated cruise ship to sail from Florida, on August 15.

The Orlando Sentinel reports the DeSantis administration is trying to stop Norwegian from continuing its fully vaccinated sailings -- at least from Florida.

A 69-page document filed by attorneys for the DeSantis administration Monday in the 11th U.S. Circuit Court of Appeals in Atlanta states that Norwegian, "may still request that documentation from its customers, its customers may voluntarily provide it, and both parties are free to discuss the topic.

"What Norwegian may not do is deny service to customers who fail to provide that documentation."

The filing went to great pains to say that Norwegian Cruise Line Holdings could ask for proof of vaccination, but not require it. Attorneys for DeSantis took another run at it:

In other words: talk about vaccinations all you like, but you can't require it as a condition of sailing.

The news is unlikely to go down well with Del Rio, who has been among the most vocal opponents of DeSantis's anti-vaccine policies in the state of Florida.

"This is the right thing to do," Del Rio, speaking on the subject of mandatory vaccinations, told media assembled in August at Norwegian Encore's debut voyage from Seattle. "This little feud we have with the state of Florida shows we take it seriously. Nothing is going to get in the way of protecting our crews and guests, not even politics."

That sentiment is being echoed by mayors and stakeholders across Florida as DeSantis continues to speak out against certain policies around COVID-19, including mask mandates and so-called vaccine passports.

"He's spreading these conspiracies about vaccines and now stopping major employers from getting their employees, who deal with the public every day, vaccinated," Miami Beach Mayor Don Gelber told reporters in September. "You do not need a law degree to know this is idiotic, and we're not going to let somebody, including unfortunately our own governor, put our residents in danger."

What does this all mean for cruisers heading out of Florida? Right now, not a lot: Norwegian's brands can continue operating out of Florida with 100 percent vaccination mandates, for now. But expect the legal wrangling between DeSantis and NCLH to continue for some time to come.

Cruise Critic has reached out to Norwegian Cruise Line Holdings for comment and will update this story with more information as it becomes available.