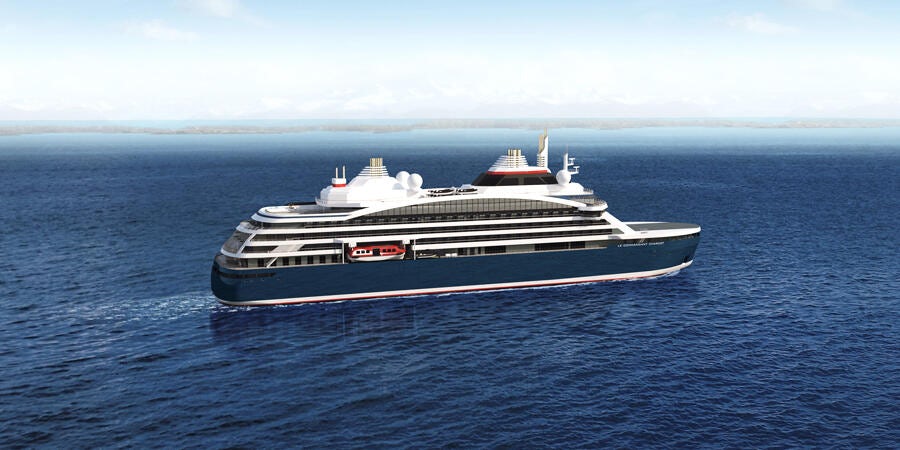 Le Commandant Charcot was designed from the ground-up to reach the world's most remote regions, including the North Pole. The ship is the 13th in Ponant's growing fleet of small ships, and debuts as one of the world's most versatile expedition ships.

While many expedition vessels can visit Antarctica and the Arctic, fewer still can traverse the so-called "high arctic" regions. On September 6, Le Commandant Charcot became the first French vessel, and the first vessel to be powered by Liquefied Natural Gas (LNG), to reach the geographic North Pole.

"The boldness of this project is not just about taking passengers to the far corners of the Arctic and Antarctica, it is about doing it safely and following the same values of seamanship that move us. Our principles are first about respect for nature -- knowing how much we owe the oceans and the fragile eco-systems we travel. Polar regions in particular deserve the highest respect and attention. We are committed to this mission every day," said Herve Gastinel, CEO of Ponant.

A ceremony held on September 28 in Le Have officially welcomed the vessel into Ponant's fleet. Le Commandant Charcot features the ability to cut through ice up to seven feet thick, and carries passengers in 123 luxurious cabins.

The ship is able to operate in sensitive ecological areas by switching from LNG propulsion to electric batteries, which will enable Le Commandant Charcot to cruise emission-free.

Passengers will also be able to participate in research projects during sailings, including helping onboard scientists set up a research station on an ice floe, or deploying a satellite-based transmitter that collects and shares environmental data with researchers.

Although a French ship at heart, voyages on Ponant's Le Commandant Charcot are available for English-speaking passengers. Other tour operators, such as Tauck, routinely charter Ponant vessels for their own expedition cruises.

Voyages aboard Le Commandant Charcot are open for booking.