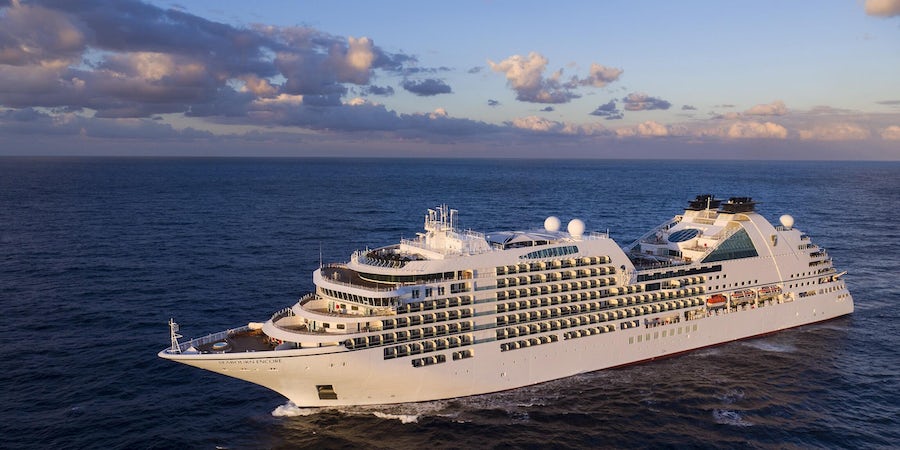 (3:34 p.m. EDT) -- With the cruise industry's Seatrade Cruise Global convention underway in Miami, news and announcements have been coming from lines big and small.

Here are a few items that made their way into our Cruise News Roundup:

Ultra-luxurious Seabourn Encore to Return to Service Early in February

Luxury line Seabourn is resuming post-pandemic service with its 600-passenger Seabourn Encore two months earlier than expected. The ship will sail roundtrip from Lisbon beginning on February 19, 2022, with a series of 10- and 11-day sailings to the Canary Islands and Mediterranean.

In April, the ship will reposition on a 15-day sailing from Lisbon to Athens, where it will resume its originally scheduled Eastern Mediterranean itineraries.

Seabourn Encore is the third of the line’s ships to resume service. Seabourn Ovation resumed Greek Isles cruises this summer while Seabourn Odyssey has been operating in the Caribbean.

Windstar Cruises’ recently-stretched, all-suite Star Legend embarked from Lisbon on Monday, September 27, the line’s second ship to debut in the Star Plus class. The reimagined ship headed to Barcelona on a 10-day sailing, including overnights in Cadiz and Malaga, Spain.

Like sister ship Star Breeze, Star Legend was cut in half at Italy’s Fincantieri shipyard, with a new 84-foot midsection added. The addition allowed the small ship line to add 50 new suites, raising overall capacity from 212 to 312 guests. Public rooms and suites were completely refurbished at that time as well.

Newly-stretched Star Legend will operate a series of sailings from Greece, including Holy Land itineraries, before heading to the Caribbean in late November of this year.

The battery-hybrid powered, 528-passenenger Roald Amundsen (which carries 500 passengers in Antarctica) and the 500-passenger Fram, will sail to the White Continent from Punta Arenas, Chile. The ships were originally scheduled to cruise from Ushuaia, Argentina, the region's traditional turnaround port for Antarctic voyages.

A third ship originally planned to be deployed in Antarctica for the upcoming season, the 528-passenger Fridtjof Nansen, will instead be offering coastal Norway expedition cruise from Hamburg, Germany.

“Preparing for a two-ship Antarctica season this fall marks a remarkable turning point for us,” said Daniel Skjeldam, Hurtigruten Group CEO. He said the line was optimistic about adventure travel’s comeback in 2022.