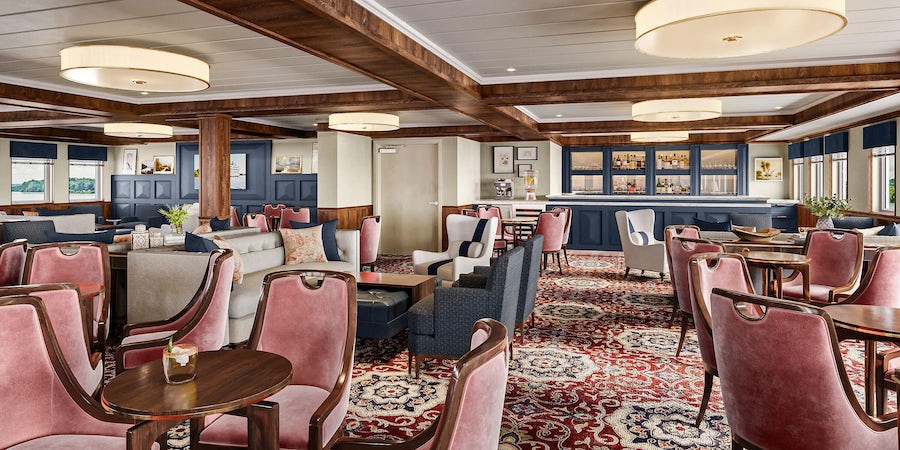 The new design will update the paddlewheel ships -- America, Queen of the Mississippi, Queen of the West and American Pride -- to be more in line with the company’s newest contemporary ship, the 175-passenger American Melody. The line does, however, intend to retain the vessel's traditional steamship elements, officials said.

American Melody, which launched in August, was a hit with the line’s passengers, said Charles B. Robertson, president and CEO of American Cruise Lines. "American Melody’s extraordinary reception, particularly by our loyalty program members, has inspired us to bring the same new aesthetic to our entire paddlewheel fleet," Robertson said.

Miami-based Studio DADO, which did the interior design work for American Melody, was commissioned for the four-ship redo project. As with American Melody, the focus will be on “modern elegance.”

The Mississippi ships, American Splendor and American Heritage, are being redesigned to celebrate the musical genres of the river -- jazz, blues, country and rock ‘n’ roll -- while also paying tribute to Mark Twain and other literary figures.

The western ships, American Pride and American West, will feature western and Native American themes while also embracing the heritage of the Lewis & Clark expedition.

The makeover of the ships will include staterooms and suites, lounges and dining areas. Each ship will feature new color palates, luxury textiles, furniture and carpets. There will also be new regionally inspired artwork.

The redesign of all four ships is slated to be completed by March 2022.