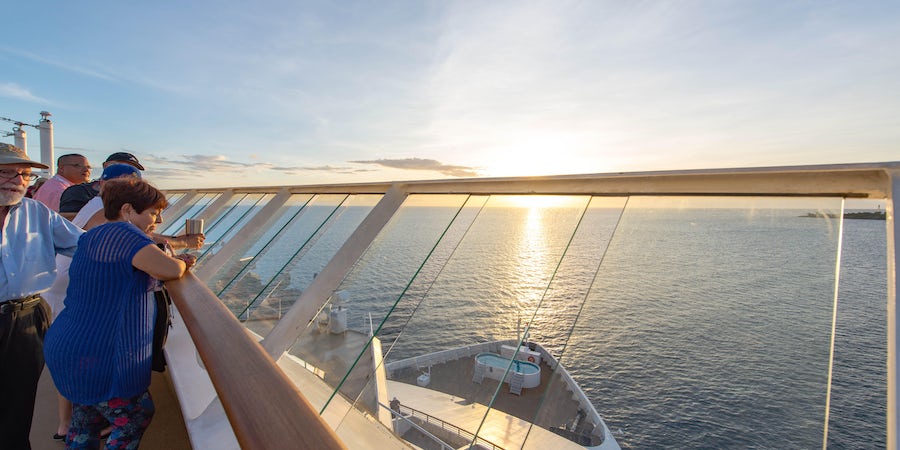 Cruise Critic Survey: Cruisers Are Ready to Sail, Want to Stay Near Home

(12:45 p.m. EDT) -- Cruise Critic readers are booking cruises, and they're interested in sailing closer to home, the company revealed Wednesday.

In response to Cruise Critic's latest survey, 66 percent of readers said they currently have a cruise booked, and 65 percent of those people plan to sail within the next six months.

Surveyed readers showed continued confidence in cruise travel; a full 96 percent of those who don't currently have a cruise booked say they will book one in the future.

Those who currently have a cruise booked are staying a little closer to the United States, with 49 percent saying they'll cruise to the Bahamas, Bermuda or Caribbean; an additional 13 percent say they're cruising in North America, which includes Alaska, New England and Canada's Maritimes, and North American river cruises. Four percent said they'll cruise to the Mexican Riviera, a popular destination for West Coast cruisers. Fifteen percent did say they'd cruise to European destinations, including European river journeys. More exotic destinations, like Africa, the Arctic and Antarctica, collectively made up only one percent.

Surveyed readers also revealed they're looking to book longer cruises: Only four percent said they were looking for a cruise between three and five days in length. This reflects booking trends tracked by Cruise Critic, which show almost 60 percent of those booking in September 2021 were looking for cruises of seven to nine days. When asked specifically about how their booking behaviors have changed because of the pandemic, 20 percent said they plan to book longer cruises. (Compared with less than 5 percent who said they plan to book shorter cruises.)

When asked to cite top considerations for their next cruisers, respondents put destination at the head of the list (68 percent), followed by price (62 percent) and wanting a flexible cancellation policy (50 percent). Respondents were allowed to select more than one answer for this question.

Itinerary was the most-important aspect of the cruise for those surveyed, followed by price and ship, typical key factors for picking a cruise. Cruise line safety policies and health protocols came in at number four, however -- a dramatic increase from pre-pandemic years when health and safety protocols would not have made the top five considerations.