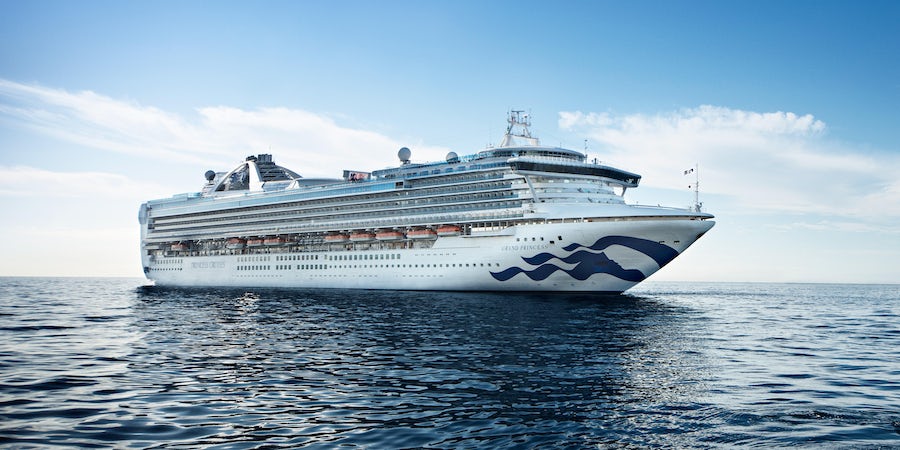 (10:44 a.m. EDT) -- Princess Cruises became the first cruise line to resume service from the Port of Los Angeles over the weekend, deploying Grand Princess on its first revenue cruises in over a year and a half.

To celebrate the return to operations from San Pedro, a ribbon-cutting ceremony was held with Princess Cruises president Jan Swartz. Princess has been sailing from the Los Angeles port since 1965, and has offered over 700 calls on Los Angeles over the last decade.

The Princess connection with Los Angeles extends to popular culture as well, with the hit television series "The Love Boat" being filmed in the Port of Los Angeles, aboard the former Pacific Princess (1971).

“It is a pride point for us that Grand Princess is returning to service in our hometown port. Our crew members are eager to welcome guests back on board as we continue resuming operations in the United States,” said Jan Swartz, Princess Cruises president. “We are grateful to the Port of Los Angeles for their support during the pause and are excited to be working together once again.”

“Princess Cruises is a valued longtime partner, and we are excited to welcome Grand Princess back to Los Angeles for the first passenger cruise since March 2020,” said Port Executive Director Gene Seroka. “We are a full-service port – with cargo, marina, cruise and visitor-serving businesses -- and every cruise ship call generates more than $1 million dollars in local economic activity. That’s especially important to the City and Port of Los Angeles right now.”

The 1998-built Grand Princess is setting out on a 5-day Cabo San Lucas getaway itinerary; the first of five such sailings, it will be part of a total of 11 cruises Grand Princess will operate from San Pedro.

Additionally, Majestic Princess, currently on its last revenue cruise from Seattle to Alaska, will begin operations from San Pedro next week.